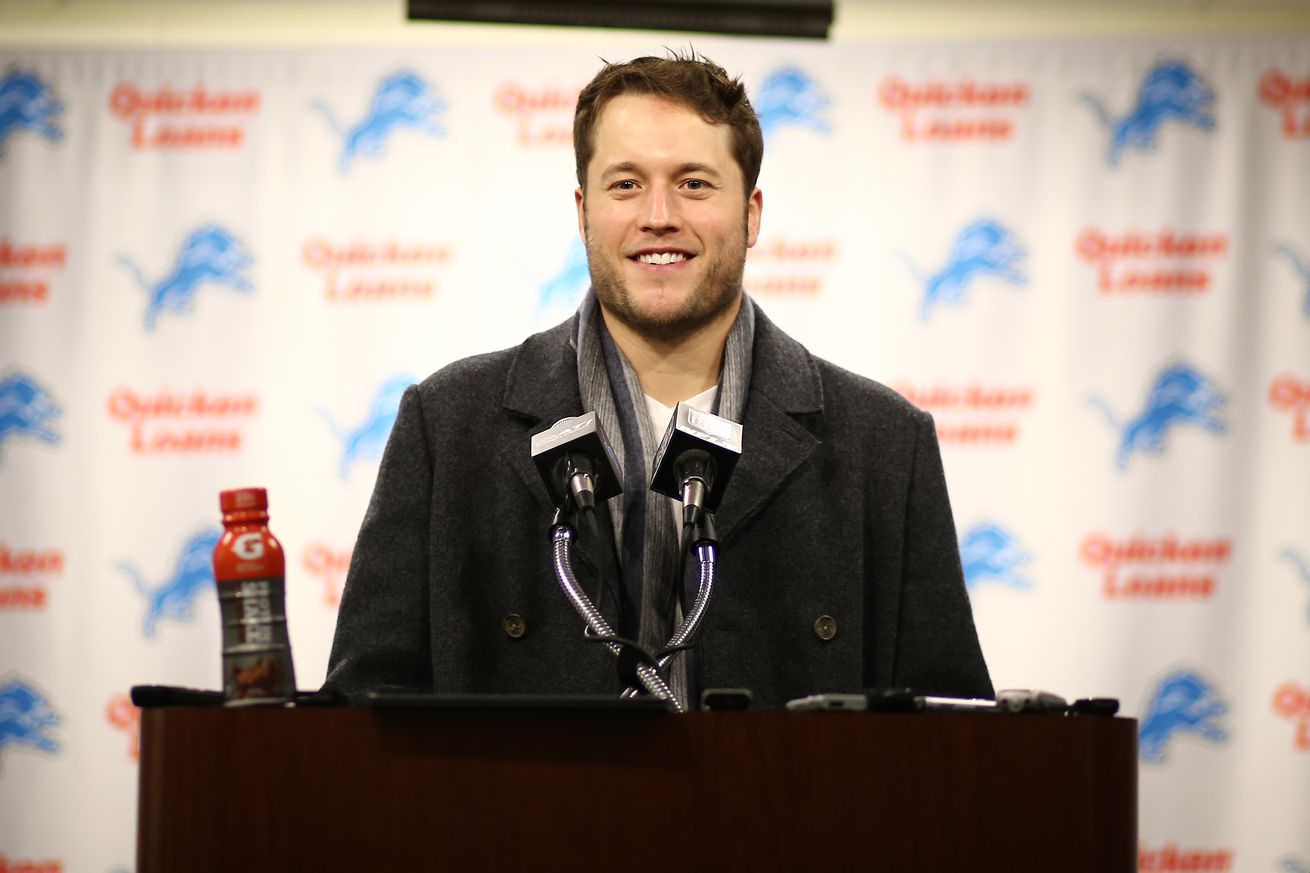 Darius Slay isn’t the only one who doesn’t care about the Pro Bowl.

Matthew Stafford's sneaky touchdown against the Cowboys is a great mic'd up memory. pic.twitter.com/rrQBek9JJa

Just did the math on this, Stafford on pace to throw for his lowest yardage total (4.251 yards) since 2010. Surprises me a little.