Previewing the Dallas Cowboys: Can the Lions prove they’re a ‘legit’ contender? 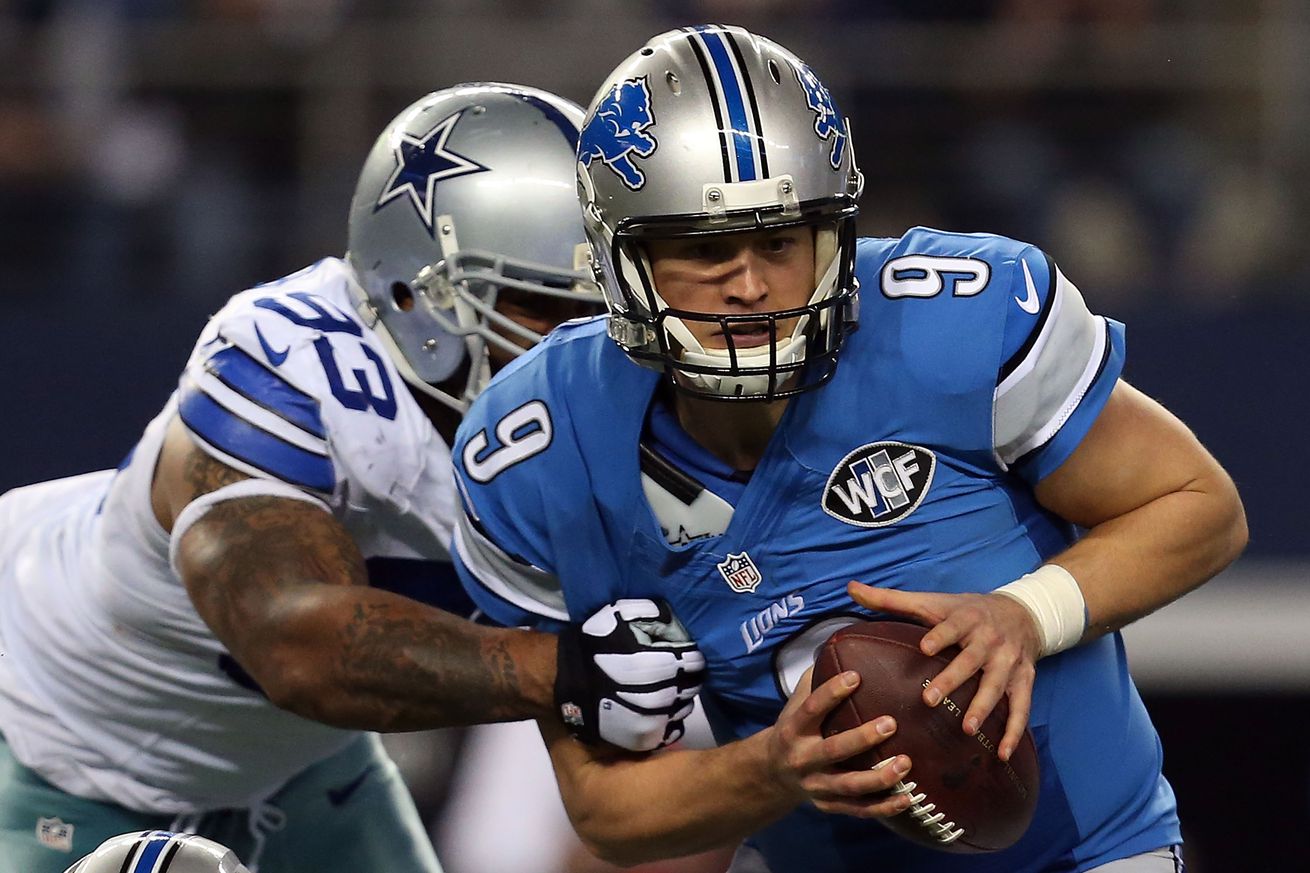 If the Lions want respect, they can earn it on Monday night.

After their Week 15 loss to the New York Giants, the Detroit Lions’ legitimacy has come under question. While winning nine of 14 games is an accomplishment that cannot be denied, their strength of opponents in victories is one of the worst among NFC playoff contenders. Detroit has a prime opportunity to present their case as to why they belong among the NFC elite on Monday night, when the face off against the team with the best record in the conference and the league. Let’s take a closer look at the Dallas Cowboys.

Afraid or not, life still marches for…
21 Most Instagrammable Places In Peru…
Recovery
The Stories Behind 10 Rock Band Logos
CHASING THE DREAM - Second Chances Pr…

No matter the opponent this year, the Lions have been competitive in every game. Even in their loss to the Giants last week—which some people view as proof the Lions aren’t “real”—Detroit was only down by four, with the ball near midfield, in the fourth quarter. The final score of 17-6 was not really indicative of the competitiveness for the entire game.

Detroit’s defense has now held eight-straight opponents to 20 points or less, and the Cowboys have proven to be fallible on offense. In two of their past three games, they were held under 20 points, though it should be pointed out that those were two away games against good defenses.

Offensively, the Lions have a chance to keep up with the Cowboys, too. Dallas ranks just 20th team defense according to Football Outsiders, and is particularly vulnerable against the pass (22nd)—Detroit’s specialty.

Reasons the Lions should be pessimistic:

I could probably go on for several paragraphs here—after all, the Cowboys are favored by seven in this game—but let’s keep it to the major issues.

First, Detroit’s health is a large concern. Their offensive line has not been playing that well since starting center Travis Swanson has been sidelined with a concussion. Detroit’s No. 1 cornerback, Darius Slay, is dealing with a hamstring issue that is likely to keep him sidelined on Monday. And even top receiver Golden Tate suffered an injury at the end of the Giants’ game. At this points, we don’t know too much about the status of these three players—nor whether Detroit will get back Theo Riddick this week—but the sheer amount of injuries is troubling.

Then there’s the matchup itself. Dallas’ running game has literally been unstoppable this year. Ezekiel Elliott has rushed for 90 yards or more in 11 of his past 12 games. The Lions, as a comparison, have only rushed for 90 yards as a team in six times all season. Detroit didn’t defend the run all that well last week and this week will present their biggest challenge.

It’s hard to conjure up a bigger mismatch than the Cowboys’ offensive line—which features three players that made the Pro Bowl this year—against the Lions’ defensive line. Detroit hasn’t been able to create any sort of consistent pass rush, and it’s hard to imagine they’ll create any rush this week.

Detroit’s style of play—bend-don’t-break on defense and long, sustained drives on offense—lends itself well to keeping the team close up until the end of the game, even when they’re outmatched. I think this is a clear case where the Cowboys are a better team on paper, but the Lions can, and probably will, keep the game close regardless. Anything can happen with this team late in games, so I wouldn’t count the Lions out, but they’ll have to make more plays this week than they did last week.

Previewing the Dallas Cowboys: Can the Lions prove they’re a ‘legit’ contender?