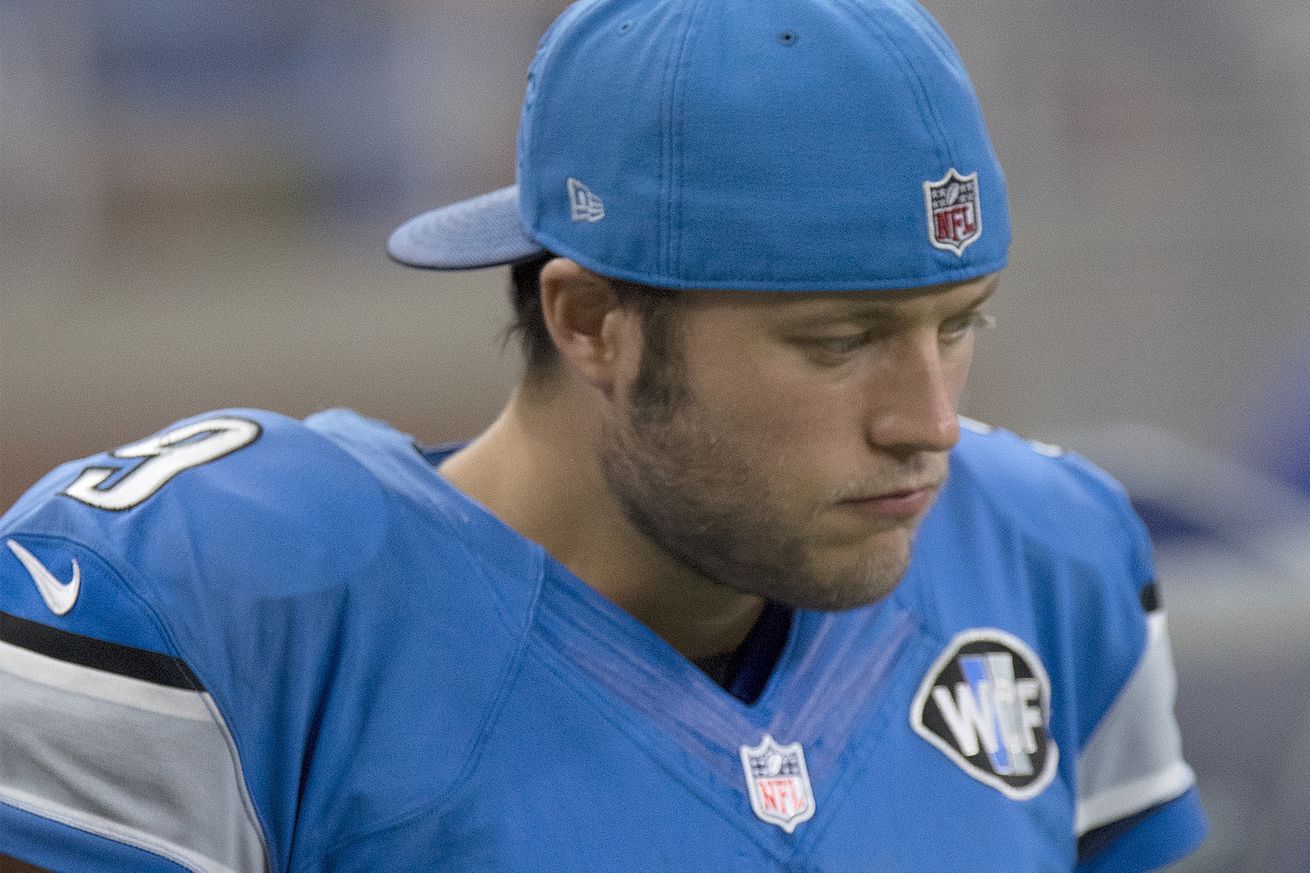 Matthew Stafford may have been announced as a Pro Bowl alternative, but many feel that wasn’t doing the Detroit Lions quarterback justice after the year he’s having. “Pro Bowl snubs” is always good media fodder after the rosters are announced, and a pattern started to emerge this year after flipping through a handful of them. A majority of analysts think Stafford was robbed this year. Here’s a selection:

Wanted man discovered living in Pilla…
Coach Depression sent in the play, wh…
Where Songs Come From: Boy Gone Bad (…
Why Are Rugs So Expensive?
OPINION - Shields and Brooks 6/28/201…

Hard to reconcile Stafford not being an NFC Pro Bowl QB. I'd put him over all 3 of the current guys (Rodgers, Ryan, Prescott)

Still, how about eight fourth-quarter comebacks and eight game-winning drives? Those staggering figures are superior to Derek Carr's totals and Carr deservedly made it to another Pro Bowl this season. Most good NFL quarterbacks need multiple seasons to put up this kind of crunch-time résumé. But Stafford is also playing well beyond the statistics. Jim Bob Cooter's offense has given him the freedom to become the passer the Lions initially drafted back in 2009.

Completing 66.3 percent of his passes for 3,720 yards, 22 touchdowns, and eight interceptions, Stafford is running an effective, efficient Lions offense that doesn’t simply rely on huge splash plays like the team has in recent years. Eight fourth-quarter comebacks, eight game-winning drives, and Stafford’s somewhat pedestrian touchdown numbers are much easier to digest.

He has looked more dynamic than ever, and the fact that he isn’t on the roster is startling.

So if Brees was left off because of his team’s record, why was Stafford’s name not called? The Lions are first in the NFC North thanks in large part to Stafford, who has had a knack for guiding Detroit to comeback wins this season. Stafford's snub is even more shocking because no Lions made the team this year.

Part of the reason Stafford likely lost out to Aaron Rodgers, Matt Ryan and Dak Prescott is basic statistics. Take a look at a comparison between the four:

As you can see, all three lead Stafford in most statistical categories, including the all-encompassing passer rating. Stafford certainly has less help around him than Matt Ryan, who has the best offensive weapons of the group, and Stafford definitely has less help in the form of a running game and offensive line like Prescott.

But apparently that, and the insane number of comeback wins, was not enough to sway voters. Instead, Stafford will have to back his way into the Pro Bowl, like he did in 2014.

How to get the correct price for the dumpster you wish to rent?