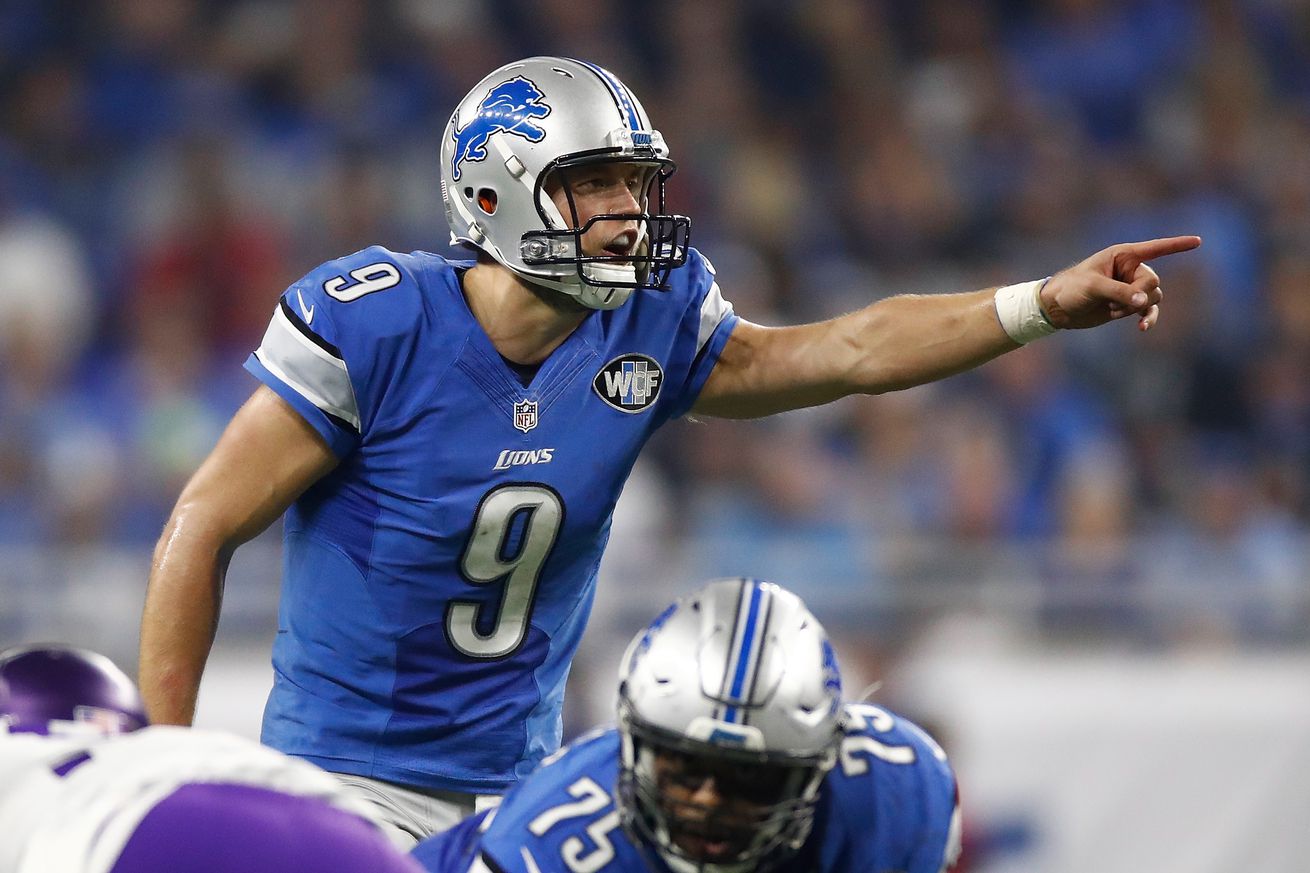 The playoffs are near. The Lions can smell them.

The Detroit Lions didn’t help themselves on Sunday, but they did get a little help around the NFL. No, not from the Chicago Bears, whose comeback came up short after Aaron Rodgers completed a last-second bomb for the win. However, the two key cogs to the Lions’ Wild Card chances—Washington and the Buccaneers—both lost in Week 15, setting up some realistic playoff clinching scenarios for Detroit this week. Without further ado, here are three quick and simple ways the Lions can clinch a playoff spot in Week 16.

Bitcoin Ransomware which can Permanen…
Remembrance Day, as Seen Through the …
21 Most Instagrammable Places In Peru…
Coach Depression sent in the play, wh…
A guide to male enhancement – Tacklin…

Like last week, a Lions win combined with a Packers loss would clinch the NFC North for the Lions and guarantee a home playoff game for the first time in Ford Field history.

A Lions win would push them to 10 wins. That means they can’t be caught by either Washington nor Tampa Bay. The Lions would still need a Bucs Loss, but for a reason you may not be expecting. The Bucs actually can’t catch the Lions if Detroit beats Dallas, because that would clinch the “common opponent” tiebreaker scenario for the Lions and Tampa would only be able to match Detroit’s 10 wins (conference record, the first tiebreaker, would be even).

Instead, the Bucs loss would make it impossible for the Falcons to match the Lions’ 10-6 as a wild card. This is important because the Falcons would hold the tiebreaker over Detroit and push them out of a Wild Card spot. With a Bucs loss, that caps Tampa’s wins at nine, meaning a 10-6 Falcons team would win the division and the Lions would prevail over Tampa with the extra win.

We discussed this scenario at length on Monday, but here’s a quick recap.

However, the Lions still need the Falcons to win in this scenario because of one complicated outcome. If the Bucs, Falcons and Lions all finish 9-7, Tampa Bay would win the division via division record. That means the Lions could be competing with Falcons for a Wild Card spot. In this scenario, conference record would be tied at 7-5, record vs. common opponents (Saints, Packers, Eagles and Rams) would be tied at 3-2. That means the tiebreaker would come down to strength of victory. The Falcons would almost assuredly win that considering they have wins over the Raiders, Packers, Broncos and Buccaneers.

[Note: ESPN’s Playoff Machine falsely says Detroit has the tiebreaker over Atlanta in this scenario via common games. We checked the math, this is not true.]

So, a Bucs loss plus a Falcons win guarantees the Falcons win the NFC South. A Washington and Bucs loss makes Detroit uncatchable by both teams in the Wild Card. Hence, the Lions clinch a playoff spot.