There is a $20 Amazon Gift Card Giveaway for Guests 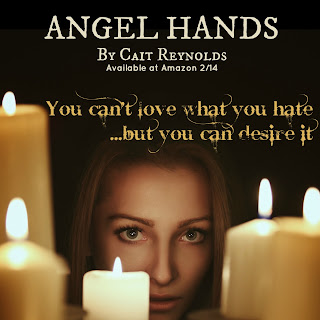 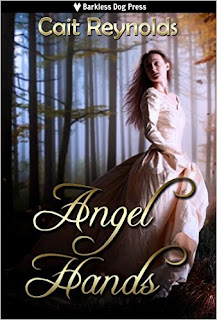 Sometimes, it is best to begin at the end.

Angel Hands, by Cait Reynolds, begins at the end of The Phantom of the Opera, revealing, for the first time, the true story behind Leroux’s fantastical tale and the real fate of the Phantom himself.

When the Opera de Paris is purchased and renovated, years after a mysterious fire nearly destroyed it, the Phantom finds himself unexpectedly resurrected - in the form of a young boy hired by the manager’s daughter to play pranks on the cast, crew, and audience. After all, the return of the infamous “Opera Ghost” can only be good for ticket sales, and Mireille Dubienne is determined to see her father’s investment become profitable.

Plain, shrewd, and proud, Mireille pours the rage of her disappointed hopes and looming spinsterhood into helping her father manage the Opera de Paris and making it a success.

What she doesn’t count on is the real “Opera Ghost” deciding he no longer wishes to be an understudy in his own domain, the theater that Mireille believes is hers.

The Phantom and Mireille push each other to the limits of their cunning to control and manipulate each other, with no game too low to play. With each passing day, the stakes get higher, until surrender is no longer an option for the Phantom or Mireille.

Every trick and betrayal drives them toward a startling truth that will change more than one life forever: you can’t love what you hate…but you can desire it.

Top 10 Sites to watch Telugu Movies O…
Remote Learning Resources for the Fir…
Four Foods with Very Famous Names
Interview with the legendary comic bo…
Blake Lively and Ryan Reynolds Donate…
Bio:
Cait Reynolds lives in area with her husband and 4-legged fur child. She discovered her passion for writing early and has bugged her family and friends with it ever since. When she isn't cooking delicious meals, running around the city, rock climbing like a boss, or enjoying the rooftop deck that brings her closer to the stars, she writes. Reynolds is able to pull from real life experiences such as her kidney transplant, and her writing reflects her passion for life from having to face the darkest places and find the will to laugh.
Cait Reynolds’ Links:
Amazon
Facebook
Twitter
Website
Pinterest
Tumblr
****