Blog Tour - A War of Hearts by Karen Lynn

Three troubled souls tangled in a web of obsessive love.

is poison and Kristen knows it.
She has developed a hatred for his decadent increasingly risqué lifestyle. Yet every time she tells herself she’s done, it never is. His hypnotic power over her draws her back like an addiction.

’s tenuous grip on reality is crumbling. He feels like he is reaching out for an elusive source of fulfilment. Sometimes he finds it in deviant sex, alcohol, and drugs. Other times there is only darkness. Rich, powerful, handsome, he could have anyone he desires. But he’s obsessed with Kristen and will not let her go.

Online Casino Tips That Will Help You…
Allianz Grants Free Health Insurance …
45 Best Business Coaches to Follow
Vanity, Vendors, and Vulnerabilities
Remote Learning Resources for the Fir…
Jake is a struggling artist with a powerful determination to follow his dream.
But he is another beautiful mess. On a quest to find happiness and rebuild his life, he longs to escape the shadows of his past. But first, he must defeat the unrelenting nightmares in his head.

When fate brings Kristen and Jake together, it rattles their worlds. Love is not in their plans that day in , but there is no going back.

Now, Kristen finds herself caught between two wildfires, Jake and Logan. When jealousy and explosive passion erupt into dark obsession, vengeance is all that is left.
Teaser One 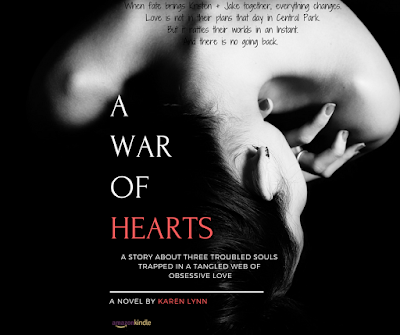 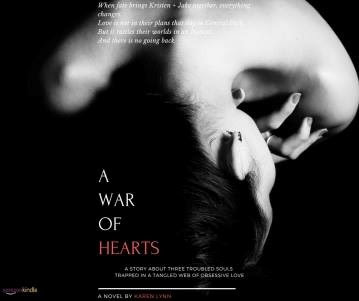 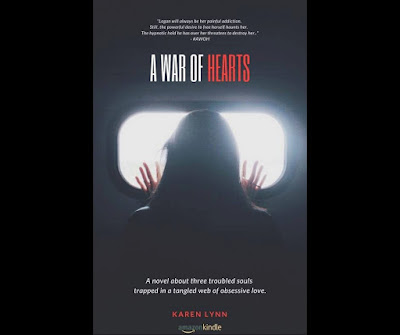 Universal
About The Author
Karen Lynn, a native New Yorker has always loved writing poetry and short stories with intense characters struggling to find love and survive in a troubled world. After years of working in the legal field, Karen moved with her son to . Inspired by the rain and ’s creative culture, Karen has been able to follow her dream of writing novels.
A War of Hearts is her debut novel in this dark romantic suspense series of the same name.
Social Links
Facebook
Twitter
Website
Hosted by

Blog Tour - A War of Hearts by Karen Lynn