Tags: bisexual bisexual men
December 16th 2015
View original
Bisexual male are more likely to be infected of herpes and other STDs because of personal problems and social factors. According to CDC's report, about 2% of sexually active men are bisexual in USA. In spite of only a small part of the total population, bi male are more likely to be infected with herpes, HIV and other STDs.
The study said that the HIV infection rate of bisexual male is lower than gay men, but it is still higher than heterosexual men. From individual factors, there are several aspects that may affect sexual health of bisexual male: not to use condoms, premature sexual behavior and forced sexual contact. Bi males have more sex partners from bisexual dating site, the way they use sex toys, the more dangerous posture, the frequency of the exchange partner and the attitude toward pregnancy, and the difference between the same sex and heterosexual men, these are different from gay men and heterosexual men. And these would increase their chances of infection with herpes, HIV and other STDs.

Exhibit B: Talking food and family w…
صفات يحبها الرجل في المرأة
The Best Place to Throw Sharp Objects
Why Friday The 13th Will Be Your Luck…
The Ultimate Winter Bucket List Accor… 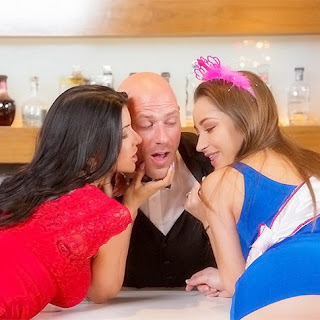 “Bisexual male don't like to use condoms, at the same time, the desire to produce offspring will prompt them to avoid using condoms when they have sex with female.” A researcher wrote in report. “In addition, oral sex is also more common in bisexual. These behaviors will increase the likelihood of their infection with herpes, HIV and spread the diseases in their all sexual relationships.”
Social factors leading to this phenomenon include the negative attitude of the public on the bisexual, economic issues of Bisexual Men, "masculine temperament" social requirements, and the inherent impression of "bisexual" and the psychology of the Biphobia. Most people think that bisexual men are not yet revealed their homosexual orientation of heterosexual, this is totally wrong thought. This sentiment will increase the social isolation and psychological distress of bisexual, thus reducing related prevention service measures. It also increases the risk of their suffering from herpes and HIV.
Most herpes singles and HIV singles are bisexual & bi-curious men. Now we still need more research, in order to better understand the bisexual men specific sexual health needs.