Should You Fib on Your Online Dating Profile? 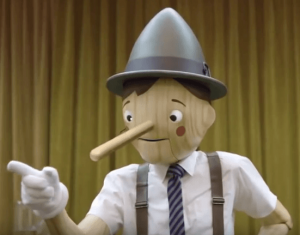 A white lie never hurt anyone, right? While this may be true in a lot of situations, what you think is a meaningless white lie could come back to bite you in the butt when it comes to online dating. If you’ve asked your friends or family about this, you’ve probably gotten a lot of mixed answers. Some people have probably told you that Lying on your profile is completely fine and everybody does it. Others might tell you that you have to be honest and upfront from day one.

The question then begs, who is right? Today, we’d like to dig into this one. We’ll talk about some of the common reasons that people say that lying is ok to a degree on your dating profile and we’ll cover the reasons that these might not be the best idea if your goal is to find true love.

The list of reasons that people choose to lie on their dating profiles is endless. Depending on the nature of the lie, the excuses can be logical or out of this world. Let’s look at a few categories that people tend to fib about the most and why some of them claim that it’s ok.

If there is one thing that gets lied about the most in online dating, it’s age. Whether it’s younger people that want to seem older and more mature or older people that want to attract a younger set of matches, it gets lied about A LOT. The main reason that we hear for doing this is that the person telling the fib feels that their age does not match who they are. We hear this a ton from older singles. They feel that they aren’t as old as most people their age and that they are young at heart. They feel that their age incorrectly depicts how they are and who they are.

Here’s the problem with lying about your age. It’s lying. You’re starting off a relationship on the grounds of something that is false. While you may be 100% correct about how you act, you’re going to have to tell your dates the truth eventually. If things ever start to get serious, you’re going to have to have an awkward conversation with them where you have to confess that you’ve been lying to them.

We understand that you’d like to fit into the search results of younger singles, but this is deceitful and honestly does not paint a very good picture of you. Do you think they’re going to be happy when they find out you lied to them? Even if they are able to get over that, they’re never going to trust you fully. Once that veil of trust is broken, it becomes near impossible to restore to its perfect form.

Believe it or not, when you post pictures that don’t accurately show how you look, you’re lying to other matches. People sometimes claim that they look better in person or that once a person gets to know them, they can look past their flaws. This is straight up lying. How do you think your dates are going to react when they see you in person and realize you look nothing like the person they thought they were talking to?

They’re going to get angry, and they’re going to leave. Even if they are too nice to walk away right away, they’re not going to want to go on a second date with you. You need to be proud of who you are and how you look. If you don’t like how you look, you have two options. If it’s something that is changeable like weight, get to the gym. If it’s something that you can’t change, you need to learn to love yourself. People have different tastes and what you might not think is attractive, may be something someone else finds super sexy.

There is nothing wrong with loading up your dating profile with pictures that make you look great. Just make sure they’re current, accurately show what you look like, and are actually you. Let’s not even get into full-on catfishing today. We haven’t had our morning coffee yet.

Lying about a job on an online dating profile is more prevalent than you might think. The problem is that a lot of people that lie about their position don’t even realize they are doing it. First, let’s talk about the people that know they are doing it. This is just wrong. If you put down that you hold a position that you really don’t hold or no longer work at, you’re lying. Your dates WILL find out, and it’s not going to be pretty. There’s not a whole lot more we can say about this other than please don’t do it if you want to have any chance of success at finding love.

What about the people we mentioned that don’t know they are fibbing? We’re referring to people that exaggerate what they do. Again, it’s ok to paint yourself in a good light for other singles, but you can’t exaggerate so much that it paints a false picture of who you are.

If you sell knick-knacks one weekend a month to make some extra beer money, you are not an entrepreneur.

If you work as a waiter or waitress, you are not a designated food procurement specialist.

If you play poker for a living, you are not a risk assessment analyst.

If you bought a few stocks or got them from your grandma, you are not a stockbroker.

Some of these may seem like silly examples, but we’ve seen it on more than one occasion. Be proud of what you do whether you think it’s a great job or not. There are tons of people who are Attracted to people with down to Earth jobs or that don’t make career a priority. Again, you never know what is going to turn someone else on or what they are attracted to.

By fibbing about things like this, you not only set yourself up for an awkward falling out with people that are attracted to the fake you, but you also will miss out on the people that would have been attracted to the real you. Online dating is all about finding the perfect person for the REAL you. Don’t waste your time looking for someone who is attracted to the fibbed version of you. You deserve better than that.

It’s Me – Chapter 8
How to Keep Him Interested in You For…
How to Develop an Educational App?
Best Low Acid Coffees That Won’t Upse…
GetResponse Review-How to Setup

Should You Fib on Your Online Dating Profile?