In search of the old new Tiger Woods 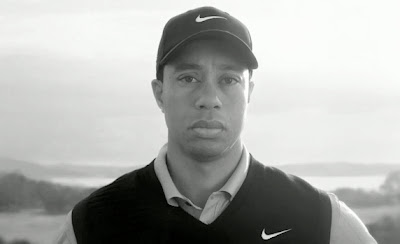 Tiger Woods officially begins his quest for a fifth green Masters jacket on Thursday afternoon, when he tees off, with K.J. Choi and Matt Kuchar, in his first round of golf of the year. The gallery — the one at Augusta National and the other, bigger one watching the proceedings on television — will be packed.

And as of today, three more people figure in the sexual farrago of the former life of the world’s greatest golfer and richest athlete, the public consequences of that not-quite-private life, and the potential for redemption, a way out of the deep rough.

As the saga of infidelities has unfolded since November, it looked for awhile that those within the friendly confines of Augusta National had largely looked the other way, forgiving Tiger for his ethical meltdown, welcoming him back into the fold no questions asked. Then, today, Billy Payne busted a cap.

As part of his annual state of the Masters news conference, Payne, the chairman of the Augusta National Golf Club said what’s been said elsewhere during the last four months, but formally putting the Masters organization on the record. 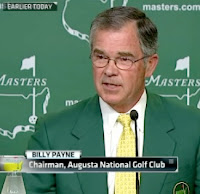 "As he now says himself, he forgot in the process to remember that with fame and fortune comes responsibility, not invisibility," Payne said. "It is not simply the degree of his conduct that is so egregious here. It is the fact that he disappointed all of us, and more importantly, our kids and our grandkids."

"Our hero did not live up to the expectations of the role model we saw for our children," Payne said. "I hope he now realizes that every kid he passes on the course wants his swing, but would settle for his smile."

"We at Augusta hope and pray that our great champion will begin his new life here tomorrow in a positive, hopeful and constructive manner, but this time, with a significant difference from the past. This year, it will not be just for him, but for all of us who believe in second chances.

"Is there a way forward? I hope yes. I think yes. But certainly his future will never again be measured only by his performance against par, but measured by the sincerity of his efforts to change."

You could be of two minds in reacting to Payne’s news conference drive-by. Payne did end a relative silence from the Masters leadership, coming with a sermon from golf's mount that we might have expected, sooner or later. Tiger Woods is returning to competitive golf for the first time since the sturdy gated, exclusive insulation around the hot copper wire of his personal life cracked open in a driveway in Florida. And he’s returning at the Masters. As the head of a golfing franchise as much a national institution as it is a sporting organization — what other golf event has a “state-of-the” news conference before it begins? — Payne was obligated to make some kind of Official Statement consistent with the 74-year-old history of the event. It's only right.

But still. Tiger Woods has become a part of modern Masters lore, and by extension helped grace Augusta National and the Masters with millions in revenue and burnishing the Masters’ already solid reputation with the added luster of being the site of some of the greatest contests in the game. Payne’s statement — something from a perspective part preacher, part moralist, part disappointed dad — could have been made about any random phenom coming to the Masters for the first time after a potentially crippling scandal. You wonder if Payne might have told this to Tiger privately, if for no other reason than to spare Tiger the embarrassment, and to spare himself any appearance of punitively piling on ("As he now says himself”). Where was the love? 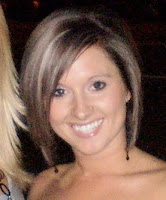 If Payne might have been in a privately forgiving mood, Tiger wasn’t helped with today’s news that Raychel Coudriet, Tiger Woods' neighbor, claimed through a friend that she slept with him last year, according to the National Enquirer.

”Raychel Coudriet, now a 22-year-old grad student at a state university in the south, had a torrid one-night stand with the cheating champion that left her ‘shaken and humiliated,’ says one of her close friends.

“Shockingly, Tiger's sexual advances started in his car, only yards from where the golfer's devoted wife Elin was home, ending with a two-hour sex session on the couch in Tiger's private office.

The perverse timing of this, frankly, seems inescapable: an obvious attempt, almost psychologically malicious, to interfere with Tiger’s mental faculties — to get inside his head the way Tiger gets inside the heads of his competition on the course.

But nothing gets in your head and stays there like what your parents tell you. Whether you take their advice or not, the lessons of the family are the first we ever learn, in voices we hear long after they’re gone. Nike understands this.

In the latest of its series of sometimes baffling, often intriguing television ads — spots that sell mindset as much as merchandise, striving to make connections between sports and life with either the starkness of a documentary or the splash of a musical — Tiger is summoned by the ghost of Earl Woods, his father, who passed in 2006.

Tiger, in living black & white, stands stock-still before the camera as his father speaks:

Cut to the swoosh. And the chase: In its own enigmatic, visually striking way, Nike formally announces that, while a parade of other sponsors bailed out since November, Nike still has Tiger’s back. And in an undeniably personal way, Tiger's father reaches out from beyond the grave and speaks as only a father can to a son. The words were spoken in reference to one of Tiger's early tournaments, but in the context of the current crisis, they're another way of saying, I've got your back too.

It’s a good sign. While Payne was of a mind to weigh in and Coudriet may be of a mind to cash in, Nike’s willingness to stand in the fire with Tiger Woods may be some indicator of all this turning a corner. Finally. On Thursday a little before 2 o’clock Eastern time, it gets back to where it matters, on the golf course.

That’s where we’ll be looking for the old new Tiger Woods: the one who now not only inspires children and adults in the abstract but pays attention to them in the gallery … one and the same with the Tiger Woods who, with his father watching, through talent and relentless application and the sheer force of an indomitable will, awed and dazzled the world as the greatest golfer it has ever seen.
Image credit: Tiger Woods: © 2010 NikeGolf. Billy Payne: ESPN. Raychel Coudriet: National Enquirer via Twitter.


This post first appeared on CULCHAVOX, please read the originial post: here
People also like
Mr Vegas Casino Review – Get up to a £200 Bonus on your First Deposit
Legendary Guitar Player Robben Ford Releases New Single “White Rock Beer…8 Cents”
Intel Tiger Lake-H Laptop Processors Officially Released, Tops Out At 8 Core With 5GHz Boost Clock
Blooms with a view: 10 of Britain’s best spring walks
“The Friend Who May Not Seem a Friend”: The Cat and the Fire, Part 1 of 3
Cup and handle failed, what now?

In search of the old new Tiger Woods