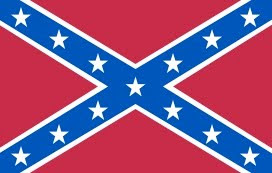 Six hundred twenty thousand Americans dead. Another 412,000 wounded. Cities and towns destroyed, an economic infrastructure agonizingly transformed. A president assassinated. That’s the grim snapshot hallmark of the Civil War, never so much the War Between the States as it was the War Between the Confederacy and the United States. Among that conflict’s legacies is its lingering presence in this nation; among the most painful ironies we recognize about the Civil War is the one we’d most like to forget: it’s a war that’s still being waged today.

Bob McDonnell, the newly-minted Republican governor of the Commonwealth of Virginia, reminded us of that. 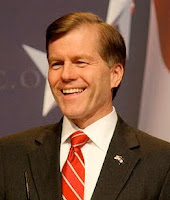 Reviving a tradition discontinued in two previous (Democratic) administrations, McDonnell issued a proclamation on Friday declaring April to be Confederate History Month in Virginia, doing so at the request of the Sons of Confederate Veterans, an organization of descendants of rebel soldiers with members from Trent Lott to MSNBC’s Pat Buchanan, from Charlie Daniels to Clint Eastwood.

McDonnell was the first Virginia governor to so recognize the Confederacy since Republican Jim Gilmore did it in 2001. But McDonnell made his Friday proclamation with no mention of slavery, the peculiar institution that gave the Confederacy its very oxygen. Slavery in the state of Virginia, erased by decree.

Tim Kaine, who preceded McDonnell as governor and is now the chairman of the Democratic National Committee, said McDonnell’s tribute to the Confederacy "without condemning, or even acknowledging, the pernicious stain of slavery or its role in the war disregards history, is insensitive to the extraordinary efforts of Americans to eliminate slavery and bind the nation's wounds."

The outrage from the cable TV department of the punditburo, and an equal amount of discontent from the online commentariat was just as loud. It all prompted McDonnell (or someone on his staff with a better grasp of historical cause and effect than the governor) to amend the proclamation.

“The failure to include any reference to slavery was a mistake, and for that I apologize to any fellow Virginian who has been offended or disappointed.”

“It is important for all Virginians to understand that the institution of slavery led to this war, and was an evil and inhuman practice that deprived people of their God-given inalienable rights.”

McDonnell’s backing and filling was punctuated by a news conference on Wednesday that reportedly showed the governor well off his game, fumbling and stumbling to explain what he was thinking. He performed damage control the best he could, but less than three months into the job, McDonnell has shown he’s tone-deaf on stagecraft, and apparently even clueless about the breadth of his constituency, which includes not just the people who voted for him but everyone in the state of Virginia. Even 1.54 million people who don’t look a thing like him. People who know what slavery had to do with the state they live in.

McDonnell’s epic fail was wrong on so many levels. It reflected a shallow reading of history as a collection of figures in a diorama, the stuff of a reenactment, tweakable and cherry-picked at will. This was the dumbest, most politically expedient kind of revisionist history. It was revisionist history that celebrated a tradition while overlooking the antecedents that made that tradition possible. Without slavery, there’d have been no anti-slavery position for Abraham Lincoln to run on and win an election with; without Lincoln’s election, the rationale for secession and the Confederacy vanishes.

In his freshman governor’s bid to shore up bona fides with his political base, McDonnell made a reflexive rush to the Stars & Bars without thinking things through. Just months into his brilliant career, he may have just had his macaca moment.

Even before he won the governorship last year, McDonnell was being quietly bruited as the next telegenic, tousle-haired Bright Young Thing in Republican politics. Now? Maybe not so much. We will see. Whatever his political future holds, he’s just demonstrated one trait the GOP leadership will find familiar, if not exactly comforting: Clearly, Bob McDonnell can already gaffe with the best of them. And the worst.
Image credits: Bob McDonnell: © 2010 Gage Skidmore, republished under Creative Commons Attribution-Share Alike 3.0 Unported license.