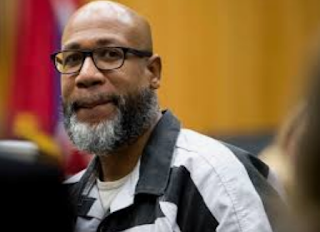 August 10, 2019
I have watched the trial on live stream all four days.
Friday was the fourth day of Testimony in the trial of Eric Boyd for his role in the January 2007 Christian-Newsom murders in Knoxville, Tennessee.

Witnessing an Aggressive Event
Selling Handmade Products on Etsy
The Top Weight Loss Myths Debunked
Transforming Business
Boyd was indicted in 2018, 10 years after being convicted in federal court for aiding "ringleader" Lemaricus Davidson after the crimes.
It was long thought Boyd had provided the vehicle used in the carjacking and was involved. There wasn't much more evidence against George Thomas, but unlike Thomas, Boyd didn't admit to being in the Chipman street house.
The only testimony directly linking Boyd was by Xavier Jenkins, who worked in a waste treatment facility next door. Jenkins testified to seeing four black males in a white Chevy Sunbird, which was the car Boyd provided for use by the suspects. In every trial, defense attorneys have tried to shake Jenkin's story but he stood firm again in this trial.
The other witness linking Boyd to the murders was Adrienne Mathis, Boyd's cousin. She testified in an earlier trial to loaning Boyd the Sunbird. This week, Mathis claimed to have "amnesia" and couldn't remember. She didn't change her story, she claimed to not remember.
More on this later.
The first testimony of the day had to do with Davidson's phone records. Then a friend of Boyd and Davidson gave a lively account of the two visiting her apartment.
Forensic specialist Jennifer Millsaps testified to a piece of Boyd's stained clothing. Although it could not be linked directly to the murders, Judge Bob McGee allowed it in.
The key testimony of the day was by Dr. Darinka Mileusnic-Polchan. She is the medical examiner. The live stream doesn't show the autopsy photos. I saw them when I attended the Vanessa Coleman retrial.
Here is what I wrote after seeing the medical examiner's testimony and the photos in 2012. The testimony on Friday was identical.
"The first photo was of Chris Newsom's burned body lying beside the railroad tracks. His body was blackened from about the knees up with the face unrecognizable. There was a blindfold over his eyes which somewhat preserved them. A police officer who was a friend of the Newsoms could recognize Chris 'because of his eyes,'
"The other photo was of Chris Newsom's bare feet which were still tied by a belt and ligature."
"Now came Dr. Mileusnic-Polchan's (ME) presentation concerning the rape and murder of Channon Christian. Her body was not removed from the garbage can until at the medical examiner's office. The can was covered by a tarpaulin while being hauled there. Her face had been covered by a white plastic bag and the body enclosed in several black plastic bags.
"Channon Christian was a beautiful 21-year old woman who stood five feet, eight inches, and weighed 122 pounds."
"On the screen appeared a photo of Channon's body lying on a gurney. Her body was still contorted in the position it was in after being 'crammed' into the trash can. She was naked from the waste down."
"The mouth was open. The eyes were half-closed. Her face was frozen in horror. She had died of asphyxiation after hours of agony. The left arm was extended upward from the elbow."
"This photo hit me like a punch."
"The next photo showed abrasion inside the lips. Her gum had been knocked loose from her teeth. A photo of her face was next."
"Then came a photo of her genitals. It revealed tremendous trauma. She had been kicked and beaten repeatedly in the vagina. During Davidson's trial, a beginning female deputy DA fainted at this photo."
"The next photo was of her anus with still more heavy bruising. It looked like she had been clubbed, She had been raped anally, vaginally, and sodomized."
I repeat viewers of the Court TV live stream didn't see this. The Court TV talking heads in their Atlanta studio could not see it.
Knoxville News Sentinel reporter Jamie Satterfield tweeted from the courtroom "Jurors are struggling with these images. One guy rubbed his face and kept his head down, another rubbing his temples, lady covers her mouth, etc..."
Of Newsom, Satterfield tweeted "Savaged-that's the best way to describe what happened to Chris."
On Friday, Dr. Mileusnic-Polchan said there was tearing, bruising and lacerations of Newsom's anus. "That was indication of damage," she told the courtroom. "Plus, on the inside there were some additional tears and additional bruising."
The anal injuries occurred one to two hours before Newsom was shot, she said. She confirmed that Newsom was raped.
George Thomas' testimony this week and prior by the suspects said nothing about the horrible wounds inflicted on the victims.
The prosecution rested.
Now, the state asked Judge McGee to allow Boyd's cousin Adrienne Mathis' prior testimony in which she told of loaning Eric Boyd the Sunbird. Without this testimony, the state can't connect Boyd to the Sunbird.
Prosecutor Takisha Fitzgerald asked McGee to let in prior testimony only from Boyd's 2008 federal trial.
Judge McGee gave the state a win. He ruled Mathis was "unavailable" because of her claimed loss of memory and will allow into evidence prior federal testimony.
That was the end of Friday's session. Court resumes on Monday.
David in TN