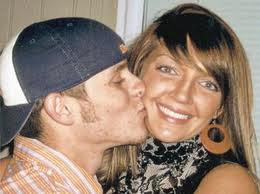 ERIC BOYD UPCOMING TRIAL
Tomorrow (Monday) jury selection begins in the trial of Eric Boyd for his role in the torture-murders of Channon Christian and Christopher Newsom in Knoxville, Tennessee on January 7, 2007.

Top 9 Benefits of a Sole Proprietorsh…
Best PS5 Games Deals and Offers with …
North Korea says missile tests are pr…
Crosswords with Friends October 10 20…
MJ Unpacked Returns To Las Vegas For …
Since my report last February, there have been two developments.

Two, George Thomas, a suspect already convicted in the case and sentenced to two life terms, is on the prosecution witness list. According to the sentence, Thomas would be eligible for parole after 50 years.

"Boyd has long denied he was anywhere near the Chipman Street home when Christian and Newsom were brought there, bound, blindfolded, and gagged, after they were kidnapped while preparing to  leave a North Knoxville apartment complex for a date."
"Thomas, on the other hand, admitted he was inside the home and saw what was going on, but he denied any active role in any of the crimes committed against the couple. A jury twice convicted him anyway. He has exhausted most of his appeals."
"It's not clear yet if the state has offered Thomas a reduction in his sentence in return for his testimony against Boyd. Newsom's parents, Hugh and Mary Newsom, had once hoped to convince another suspect--Letalvis Cobbins--to testify against Boyd, but he later refused after a plea deal fell through."

The other suspects have said Eric Boyd furnished the vehicle used in the kidnapping.