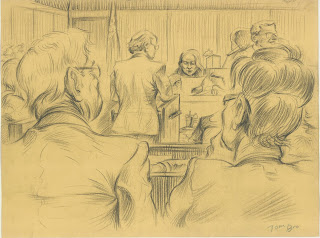 How to Lose Weight and Keep it off Pe…
SALVADOR DALI AND RELIGION
Anxiety, depression, pain relief, sle…
Avocado Multifunctional Catnip Toy 36…
California’s 15 Best Hotels with Free…
All rights reserved by the artist.
March 12, 2019 Note: Jury selection did not start in this case until March 12. The parties dealt with pretrial issues and some jury instructions on March 11. Sprocket

Background
Jennifer Francis is a DNA analyst currently employed with the LAPD's Forensic Science
Division (previously called Science Investigation Division or, SID). She is a civilian employee and not a sworn officer.

Sometime before 2004, LAPD Cold Case Detective Cliff Shepard submitted the February 1986 murder of Sherri Rasmussen to SID for DNA analysis in the hopes that a DNA profile of a suspect could be developed.

In late 2004, Francis was assigned with developing a DNA profile from evidence collected in the Rasmussen murder. During that time, Shepard and Francis communicated about the case. Francis was instrumental in spurring staff at the LA County Coroner's Office to search their Evidence Control Section freezers for a piece of evidence listed in the case file but was not in LAPD custody. That evidence was a bite mark swab collected from the victim's body by LA County Criminalist Lloyd Mahaney.

In 2005, the DNA profile that Francis developed from that swab indicated Sherri's murderer was a woman. That DNA profile eventually led to the June 2009 arrest of LAPD Detective Stephanie Lazarus for the murder of Sherri Rasmussen. Lazarus was convicted of first degree murder in 2012, a trial I covered from gavel to gavel.

Francis's lawsuit alleges retaliation by the City for having alerted LAPD management that detective(s) may have known about Lazarus in 2005, but failed to act on that information. Francis alleges that she was labeled as unstable and ordered to undergo psychological counseling after she alerted several superiors within the LAPD. You can read the full complaint HERE.

This case was assigned to Dept 56 at the Stanley Mosk Courthouse. Francis's lawsuit has been languishing in the LA County Superior Court system for over five years before coming to trial. In the five plus years the Francis case has been in Dept. 56, three different judges have presided over the department. The current judge is the Honorable Judge Holly Fujie.

Francis's counsel of record is the law firm of Taylor Ring. John Taylor is jointly assisted by the law firm of McNicholas & McNicholas. Matthew McNicholas is in court and occasionally his associate Douglas Winter. However, it was Courtney McNicholas who I saw at all the pretrial hearings I've attended over the years.

Over the past five years the City of Los Angeles has had several different Deputy City Attorney's assigned to the case. The case was eventually farmed out to an independent law firm, Sanders Roberts in 2018 to defend. Reginald Roberts, Shawn Thomas and Melvin Felton are all seated at the defense table.

Jennifer Francis has been sitting in the gallery for most of the trial, since there is no room for her at the plaintiff's table. Also in the gallery are Tim Lai, from LAPD Legal Affairs and Karen Park, a supervisor in the City Attorney's office. Ms. Park is always sharply dressed and I've been envious of the beautiful scarves she wears to adorn her ensemble. On a few occasions, counsel and gentlemen in the gallery have discussed the potential meaning of the color of their ties, and if the tie color signals an allegiance to a specific sports team.

The Stanley Mosk Courthouse
The Stanley Mosk Courthouse is a civil courthouse located in downtown Los Angeles. It is the largest courthouse in the nation. It is a sprawling building that takes up almost an entire city block. There is an entry to the building on Hill Street, on First Street and one on Grand Street. There are close to 100 courtrooms in this building, each one with a busy, over-burdened schedule. My recent divorce was granted in this courthouse.

The first thing you notice when you walk into one of these courtrooms is how absolutely tiny the majority of them are. You could almost fit two of these courtrooms into one of the 9th floor courtrooms of the Clara Shortridge-Foltz Criminal Justice Center. The well of the court area is very tiny. There are approximately 50 stadium type, fold down and nicely padded seats in the gallery. Since I've recently lost a noticeable amount of weight, these seats are finally comfortable for me. However, if you have a little bit extra on your hips, these seats might not feel so nice. (For those of you interested on how I've lost about 55 pounds in the last year, please feel free to email me. Sprocket)

Like the courtrooms in the criminal court building, there are no separate tables for the defense and plaintiff like what is depicted in many TV shows. It is one long table where the plaintiff's counsel sits closest to the jury box, and the defense on the other side. There is barely enough room for the five counsel at this table. The gentleman who is handling the presentation of all the exhibits put up on the big computer screen for the jury is sitting in the gallery in the first bench row and a small folding table is crammed partially in the aisle for his laptop.

Criminal vs. Civil Cases
I've covered criminal trials, mostly murder cases for about 12 years now. This is a civil case and the rules covering them are quite different than a criminal matter. I'm literally a fish out of water.

One of the first differences to note is, in State court, a civil case that is not adjudicated or brought to trial within five years can be dismissed. Evidence that is going to be presented at trial must be disclosed to the other party at least 30 days before trial. You cannot spring a surprise witness or evidence on the opposing party just days before the start of a trial, like the defense did in the Kelly Soo Park murder case. The judge would not allow it.

The judge in a civil case can also limit counsel to the number of hours each side has to present their case. Judge Holly Fujie has limited each side to just 30 hours of court time to present opening arguments, their case, cross examination and closing arguments. Judge Fujie is keeping a running tab on how many hours each side uses in voir dire, opening statements and examining witnesses. The courts total of the hours spent so far is usually asked for by the parties at the end of the day. It remains to be seen if Judge Fujie will keep the parties to these limits. (Note: As of the close of court on March 27, the plaintiff disagreed with the court's tabulation of their hours spent. Sprocket)

Tuesday, Pre-trial Witness: Dr. Annette Rittmann
Last Friday and Monday, Dr. Rittmann was order by the court to appear in Dept. 56. She gave testimony not related to the trial itself that the jury would hear, but related to motions filed by the plaintiff and the defense. Dr. Rittmann was the personal physician of Dorothy Tucker, Ph.D., (deceased). Dr. Tucker was a psychologist that the plaintiff, Jennifer Francis saw, when she was ordered by a superior into counseling with the LAPD's Behavioral Sciences Services Division (BSS). Once I obtain documents, I will have more on why Dr. Rittmann's testimony was a positive outcome for the defense.

Voir Dire
Right after Dr. Rittmann was released from the stand a group of jurors were called to Dept. 56. Jury selection continued on March 13, 14 and 15. In the afternoon of March 15, opening statements were presented by both parties. I was unable to attend opening statements but I hope to obtain a copy of the court reporter's transcript.