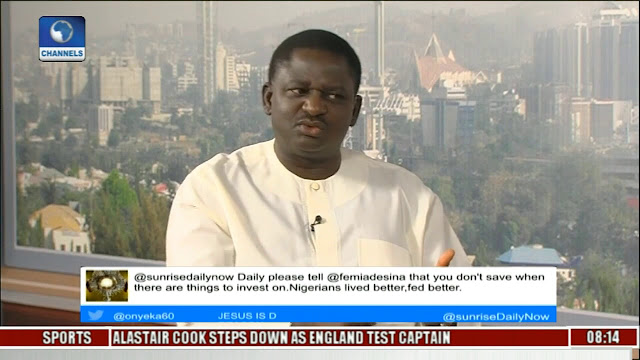 The Presidency has said the nation’s economy which is currently in recession is currently on course for recovery and growth.

This was contained in the 23rd newsletter published by the Presidency Office of Digital Engagement, a copy of which was posted on the official website of the Presidency, @AsoRock.

The Presidency said there were 11 reasons to prove that the nation’s economy was gradually coming out of recession.

It said, “After two consecutive quarters of negative growth, the non-oil economy showed, in Q3 2016, a modest return to positive territory, at 0.03 per cent.

“This was partly due to the continued good performance of agriculture and the solid minerals, two sectors prioritised by the Federal Government.

“Agriculture grew by 4.54 per cent in the quarter under consideration of which growth in crop production at nearly 5 per cent was at its highest since the first quarter of 2014. Growth in the solid mineral sector averaged about 7 per cent.”

According to the document, the Anchor Borrowers Programme of the Central Bank of Nigeria substantially raised local rice production in 2016.

It added that the Fertilizer Intervention Project which involves a partnership with Morocco, for the supply of phosphate is on course to significantly raise local production, and bring the retail price of fertilizer down by about 30 per cent.

It also disclosed that a new social housing programme tagged ‘Family Homes Fund’ is starting this year with a N100bn provision in the 2017 budget while the rest of the funding will come from the private sector.

“…Strategic Engagements with OPEC and in the Niger Delta have played an important part in raising our expected oil revenues. Already, Nigeria’s external reserves have grown by more than $4bn in the last three months.”