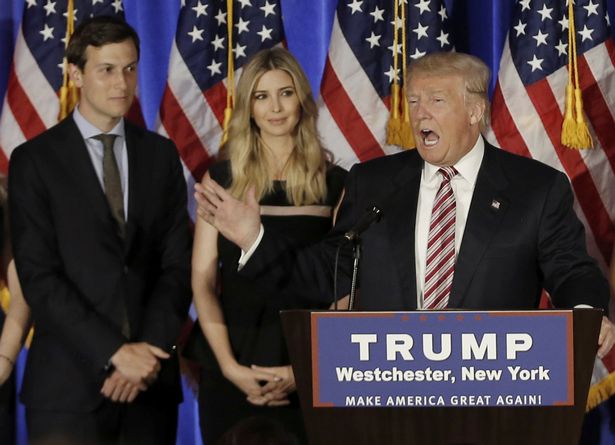 The appointment which was announced last light will see Kushner, who is married to Trump's daughter Ivanka , work on trade deals and the Middle East.

The 35-year-old's position does not require US Senate confirmation.

Ivanka Trump, who like her husband has been a trusted adviser to the president-elect, will not take on a role in her father's White House but will focus instead on settling her family in Washington.


This post first appeared on This Ia Naijazine, please read the originial post: here
People also like
How much does a home inspection cost in Alabama?
Tickets For the Bronx Zoo
Man United's American suitors Apollo are accused of financial connections to Putin's wealth fund
Xiaomi Opens its First Authorized Store in Nigeria
KAYTRANADA & Anderson .Paak – Twin Flame [Mp3]
How To Help Your Husband Get On Board With Prepping – Part 2