How Nigerian lady bailed on 'stingy' guy during their first date 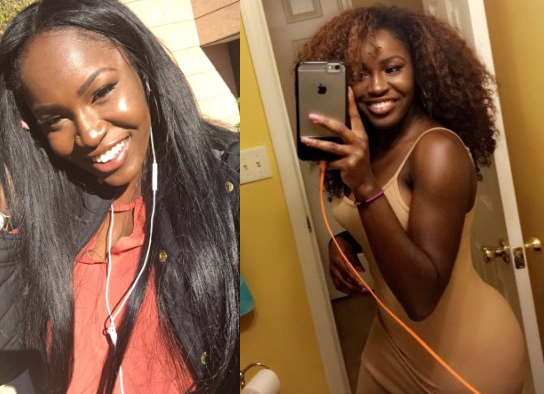 A US based Nigerian lady @chocolat_bunny took to Twitter to narrate her horrible date experience .I just copied the tweets to make it easier to comprehend..She wrote

This nigga been sooo pressed to see me ever since we met which is understandable (💁🏿) but he just be tryna come over and chill and I can't just be having niggas over that I don't know well enough. I tell him this every time he asks.

Days would go by and he finally asks longest." Me out sayin "lemme spoil you Sunday cuz I been playin for the longest." I say "yea it's about time lol" Little did I know we had different Definitions of the word "spoil". He then says I'll reveal the plans Sunday so that it'll be a surprise for me. Today is Sunday and he sends Me 3 pics of different movies to choose from. I'm confused cuz I know this nigga not calling "taking me to the movies as spoiling me.

Then he sent me three pics of restaurants to choose from for dinner.Yal. The. Choices. Were. 5 guys, applebees and blaze pizza.But I didn't even say anything. Maybe he ain't got it like that. Kk cool. But after I chose the movie and dinner, he sent me his address 😑Apparently I'm picking HIM up for this date HE asked me on.I sent him "?" And he says says "is 4 a good time to see Arrival? (great movie btw). I said "yea but why u send me your address? Lol" He said "my roommate got my car and won't be back in time" I'm like "so just Uber cuz I stay across the street from the movies" he says .That's wasting money and that he wana spend as much time with me.

At this point I'm annoyed cuz I'm coming outta money to pick his bum ass up when I could be on a different date eating food.But I pick him up.

We pull up to the movies and it's time to pay. HE DOESNT MOVE TO GET HIS WALLET OUT HIS POCKET on the date HE asked me on.The cashier lady looking as him like WHY TF HE NOT GETTING HIS CARD OR WALLET OUT.

I say "you ok?" He says "yea. Oh you wanted me to pay?" I'm like you tryna be funny?"He like "my bad I wanted to see if you a boss lady and have the movies be on you instead of expecting a man to .Instead of snapping on him I just said "oh that a first" in my head I've already said I'm not going out with him again..

He paid. Fast forward to after the movie, we pull up to Applebee's. We order our food. Eat.Our waitress comes back with the bill. She didn't ask if we wanted the bill together or separate cuz of course, the guy usually pays.She sits the bill by him and he's reading the bill.He then called our waitress back over. I'm thinking why is he callin her over? Maybe she added something to our bill that we didn't order.He says "I didn't ask for the bill to be together ma'am".Did yal read that correctly? I DIDNT ASK FOR THE BILL TO BE TOGETHER MA'AM.

I played it cool. I smiled at him, grabbed my wristlet and phone and I said "dang I gotta pee. You know where the bathroom at?"I didn't return to the dinner. I blocked him on all social media. I blocked his number.Worst date ever. How embarrassing.


This post first appeared on This Ia Naijazine, please read the originial post: here
People also like
Barcelona plan to offer €9 million in their attempt to sign 27-year-old full-back
6 Brainy Ways to Proceed When You Owe IRS Back Taxes
Xiaomi Opens its First Authorized Store in Nigeria
How To Help Your Husband Get On Board With Prepping – Part 2

How Nigerian lady bailed on 'stingy' guy during their first date