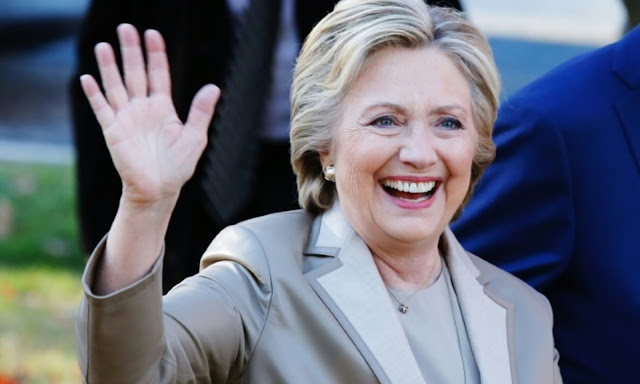 Hillary Clinton cast her ballot early Tuesday as the extraordinary US presidential race draws to a close, with the divided nation choosing whether to elect its first woman president or populist Donald Trump.

Chanting "Madam President," about 150 supporters turned out to cheer on the Democratic nominee who voted with husband Bill Clinton at an elementary school near their home in Chappaqua, New York. 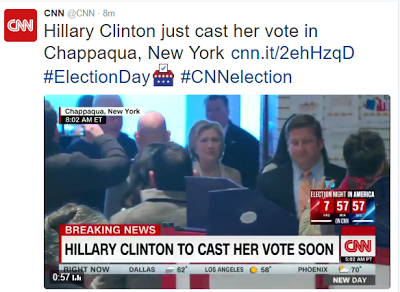 "I'm so happy, I'm just incredibly happy," said a smiling Clinton as she emerged from the polling station, shaking hands, mingling and chatting with people in the crowd, many of whom recorded the moment on their smartphones.

Clinton told reporters after casting her ballot that it was "the most humbling feeling" to vote for herself as she seeks the nation's highest office.

"I know how much responsibility goes with this and so many people are counting on the outcome of this election, what it means for our country," she added.

"And I will do the very best I can if I'm fortunate enough to win today."

The Republican Trump was expected to vote later Tuesday in his precinct in Manhattan.

After that it is largely a nervous waiting game for the rivals, who have spent several bitter months at each other's throats. 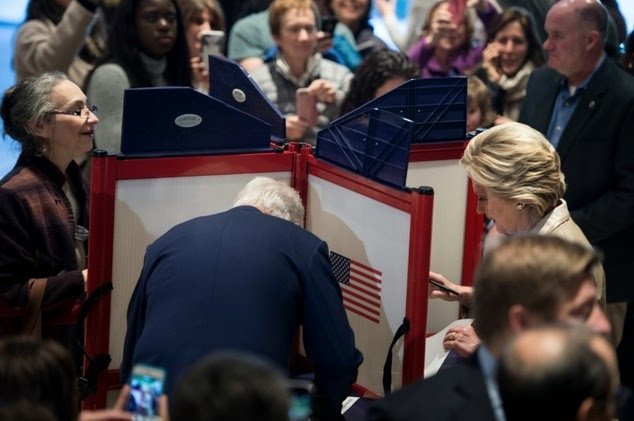 Clinton has enjoyed a bounce in her poll standing in recent days and leads her rival by 3.3 points nationally in the rolling RealClearPolitics poll average.

The race is expected to come down to a handful of battleground states like Florida, Nevada, North Carolina and Ohio.

Trump insists he is tied or leading in some states like Michigan and Pennsylvania which have voted Democratic in the last several presidential elections. 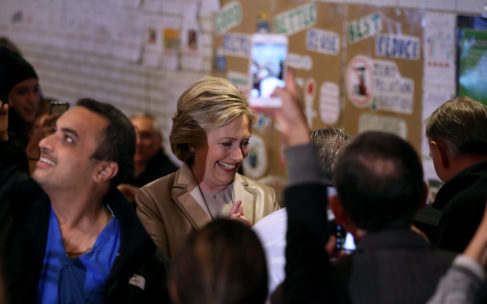 Later Tuesday, former secretary of state Clinton heads to the Jacob Javits Convention Center in New York where she will ring in the election under a real glass ceiling, a nod to her oft-repeated assertion that electing a woman president would burst through "the highest, hardest glass ceiling."

The Trump campaign holds its election party at the New York Hilton Midtown, less than two miles (3.2 kilometers) away from Clinton's event.

The two candidates hop-scotched across swing states Monday, with Clinton and Trump each hosting large midnight rallies where they made their final pitches to America's voters.

"Today the American working class is going to strike back, finally."

Trump kept up a frenetic pace in the election's closing days, hitting 10 states in the last 72 hours.

Clinton was racing around the country too, making her last-minute case in seven states over the same period including a huge, high-profile rally in Philadelphia with President Barack Obama, her husband Bill Clinton, and rocker Bruce Springsteen.


This post first appeared on This Ia Naijazine, please read the originial post: here
People also like
With a baffling Q4 looming, here’s how publishers are navigating these murky waters
Barcelona plan to offer €9 million in their attempt to sign 27-year-old full-back
6 Brainy Ways to Proceed When You Owe IRS Back Taxes
After the FBI raid at Mar-a-Lago, online threats quickly turn into real-world violence
How To Help Your Husband Get On Board With Prepping – Part 2
Brittney Griner's Cannabis Charges In Russia: What's Next For The WNBA Star?