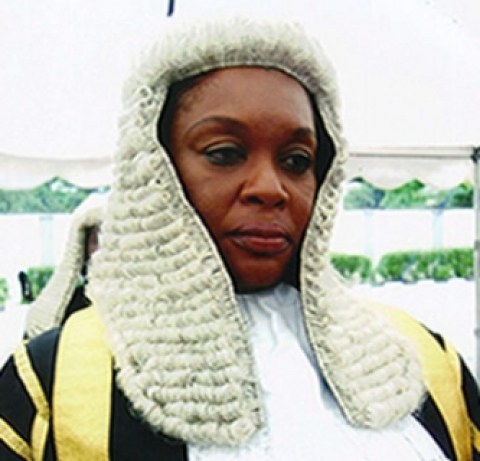 Justice Rita Ofili-Ajumugobia was granted bail on Saturday evening after detectives of the Economic and Financial Crimes Commission (EFCC) searched her home in Lagos.

According to Sahara Reporters, when the agents were done with their search, the Federal High Court judge was weeping like a baby. The EFCC found several documents showing the judge had bought homes abroad and also recently, on Park Avenue in Ikoyi.

The most damning document shows that the judge, who once freed former Minister of Aviation, Femi Fani-Kayode on a technicality over corruption charges, had wired at least $900,000 to foreign banks between 2014-2016. .

She could not explain the source of the funds to investigators, who asked her to return to their offices on Monday. Justice Ofili-Ajumogobia turned herself in to the EFCC on Thursday after she was traced to a hospital in Lagos where she had claimed she was admitted. .

As soon as the detectives found out her admission was fake, they arrested the medical director of the hospital, which led the judge to surrender. Justice Ofili-Ajumogobia is one of the 8 judges currently under investigation by the EFCC for various corruption issues.