Getting people to like you is a talent - Kim Kardashian 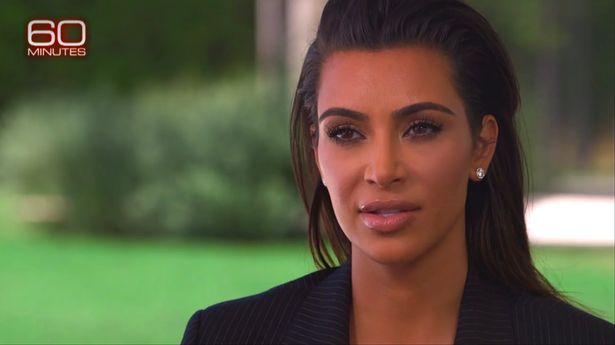 Kim Kardashian insisted that "getting people to like you" is her talent as she sat down with Bill Whitaker for an interview on 60 Minutes.

In the chat that took place before she was robbed at gunpoint, the star gave an indepth look into her glamorous life and was quizzed on where her success is rooted.

"It is a talent to have a brand that's really successful off of getting people to like you for you," she said.

I would think that has to involve some kind of talent, you know?"

The mum-of-two, who has remained off all social media since the terrifying incident that saw thieves escape with millions of dollars worth of jewelleery more that two weeks ago, also attributed much of her success to social media.

Whitaker asked the reality star if her fame could exist without her presence online.

Kim replied: "Not in this way. I totally attribute my career to social media."

The 36-year-old also said the pros of living her life in the spotlight outweighed the cons.

"I do believe that the pros in my situation and my lifestyle have been more beneficial than the negative things." And when Whittaker said, "You monetized the act of living," Kim agreed.

"Yeah. I guess so," Kanye's other half admitted.


This post first appeared on This Ia Naijazine, please read the originial post: here
People also like
Guess who has the most engaging ads?
Top Things to Do in San Francisco, California
Automatically Post To Social Media From Airtable
Wayne Rooney 'urges Erik ten Hag NOT to play Cristiano Ronaldo against Liverpool'
Is BitzCex investetment broker a scam/fraud or legitimate?
Helbiz reports revenue increase but dwindling cash reserves

Getting people to like you is a talent - Kim Kardashian