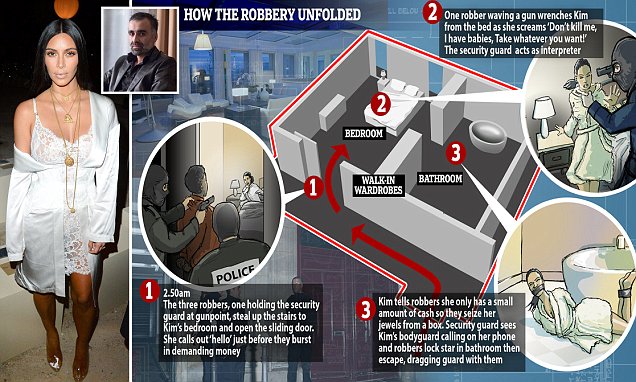 The hotel security guard at the centre of the £8.5million Kardashian heist has told how he tried to comfort terrified Kim as she was bound and gagged in her room by jewel thieves.

The traumatised Algerian father-of-one, who asked to be identified only by his first name – Abdulrahman – because of fears for his safety, told MailOnline that he pleaded with the robbers not to harm Kim, but admitted that he let them in to her luxury Parisian apartment and even acted as the gang’s interpreter.

In a world exclusive interview, he said:

‘I went up to the apartment with the robbers. I was tied up in the first minutes, with handcuffs. I was in the room of Kim Kardashian. One was attacking her, the second one was with me. I saw Kim being pulled out of bed.'

The PhD student, who works part-time as a security guard to fund his studies, revealed how he desperately tried to throw the robbers off the scent by claiming not to know who Kim was, then was marched to her door ‘by the scruff of his neck’ and forced to open it with a spare key from the front desk. He watched in horror as the star said she only had a small amount in cash to give them.

‘One of the gang kept telling her to shut up. I put my hand on her shoulder and told her to be calm. I said, you have to be silent, you know. She sat down on the bed. She asked me, are we going to die? I said, I don’t know, how can I know?'

‘She said, I have family and babies. I told her, me too, I have one son. And she began to scream again. That’s why he put the tape on her mouth. A long piece of tape, all the way round her head.’ 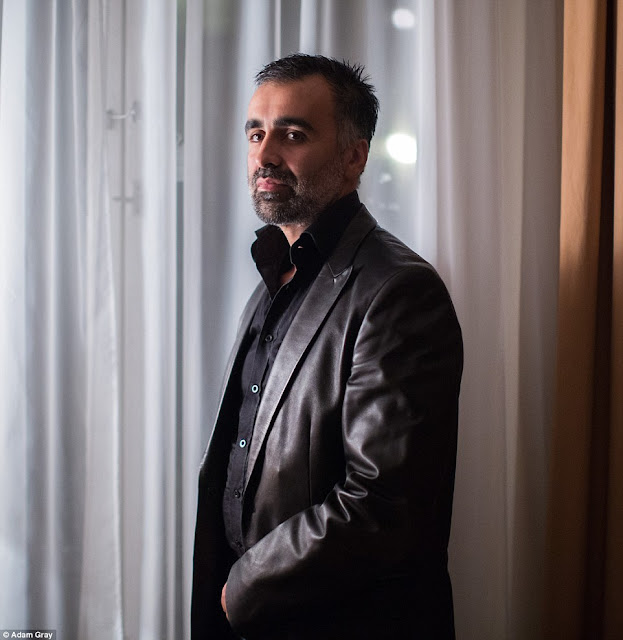 Describing the moment robbers targeted Kim, Abdulrahman told MailOnline:
‘We got to her bedroom and slid open the Door. She was in her bed. Before we opened the door, she heard a noise and began to say, hello? hello? I assume she thought it was her sister. The intonation of her voice changed when there was no answer, I felt she was worried. After that, one of them opened the door. The other one was fastened to me.


This post first appeared on This Ia Naijazine, please read the originial post: here
People also like
Nice hold further talks with Arsenal flop Pepe over a return to Ligue 1 on loan
What’s the Zone of Silence?