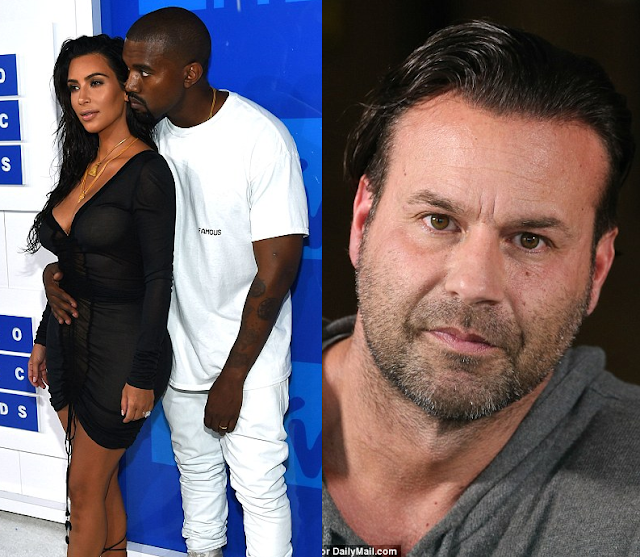 Kim Kardashian's ex-bodyguard who was fired in May this year after Kanye West reportedly accused him of flirting with his wife, has called her recent, robbery attack, karma.
When quizzed about whether he felt that he could have prevented Kim from being robbed at gunpoint if he were still employed by Kanye and the Kardashians at the time, Steve Stanulis, 42 said during an interview on an Australian radio breakfast show..

Robb Banks Talks Anime, Music And Lif…
Kanye West unfollows Nicki Minaj Afte…
8 Cool Pink Hair Styles Ideas for Men…
Kim Kardashian Breaks Down in Tears A…
'I don't know if I could have taken down five assailants with guns, [or] it could be karma coming around,
'Look, they had this coming to them. They do not respect the importance of security when you have a profile as strong as theirs,' he claimed.
‘When I worked for them Kanye would take off on his own in a cab and leave me behind to take another cab.It used to infuriate me as I wasn’t doing my job as well as I could have,' he added.
Making sure to take a dig at Kanye, Steve added:
‘when he went out for dinner in a restaurant, I would sit on a separate table and he wouldn’t even offer me a glass of water.'
He also said the heist looked like an inside job
They went to an exclusive place, with exclusive entrances, they knew exactly where to go, where to find the jewellery,' he said.
'Security was out with the sisters and Kim had been showing all the jewellery on Snapchat. It's a perfect storm to get robbed,'