Under a new regulation, 75 percent of savings from Consolidated Tax adjustments will go to utilities rather than consumers, reversing the split of an earlier rule 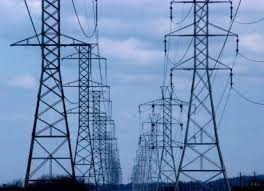 New Jersey’s utilities stand to gain at customers’ expense under a regulatory change approved last week by the state Board of Public Utilities in adopting an arcane policy in how it treats tax losses.
The new rule, adopted after a previous board order was tossed out by a state appeals court, deals with how utilities use the savings they achieve when they file consolidated tax returns with parent companies and affiliates.
The result could end up costing consumers significant benefits in future rate cases, since the rule often has been used as a bargaining chip to offset increases sought by their utilities, according to the Division of Rate Counsel.
“This change will result in tens, if not hundreds of millions, of dollars in additional rate increases annually to ratepayers compared to the January draft rule,’’ said Division of Rate Counsel Stefanie Brand, in a letter to the BPU last year.

Only 25 percent for consumers

Under the new policy, utilities, instead of customers, will receive 75 percent of the savings from so-called Consolidated Tax Adjustments, with customers sharing 25 percent. In the initial draft rule proposed in January by the board, customers would have gotten three-quarters of savings, with the company receiving the rest.
The share was reversed in a subsequent version of the rule, without the knowledge of the state Division of Rate Counsel and New Jersey Large Energy Users Coalition, which backed the allocation in the initial draft rule.
The new rule closely mirrors requirements detailed in a four-year-old board order on the issue. That order was blocked by the appeals court, which ruled the BPU should have gone through a rulemaking procedure.
New Jersey is the only state with a consolidated tax adjustment, a provision long opposed by utilities that have sought its elimination. “Let’s see how it works,’’ said BPU president Joseph Fiordaliso. “Let’s give it a shot.’’
Read the full story
Like this? Click to receive free updates