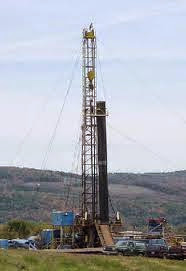 P.J. D'Annunzio reports in  the Legal Intelligencer:
The states Supreme Court has overturned a ruling allowing the construction of “unconventional” natural gas wells in an area zoned for residential and agricultural use in Lycoming County.

LUNO: The First Cryptocurrency Wallet…
Green Plastics? A Review of Medium De…
Beautiful Celebrity Couple Pics
It wasn’t me this time – Road Rage Pa…
Islamic Art and Islamic Carpets
In the court’s majority opinion, Justice Christine Donahue wrote that the record did not reflect sufficient evidence to allow for conditional use of the wells in the zone. Justice Kevin Dougherty dissented, arguing that the opposite was true.
Inflection Energy petitioned the Fairfield Township Board of Supervisors to drill on the property in question, which the township allowed. The case was appealed by the landowners and a Lycoming County judge ruled in their favor. However, the Commonwealth Court later reviewed the case and held the township’s zoning ordinance permits drilling in R-A zones.
The dispute centered on whether Inflection satisfied a section of the ordinance that stated conditional use may be granted if it could show the requested purpose is “similar to and compatible with the other uses permitted in the zone where the subject property is located.”
“In its application, Inflection did not identify any use allowed in the R-A district that it considered to be ‘similar to’ the drilling and operation of industrial shale gas wells,” Donahue said.
Deeper into the opinion, she added, “In reversing the trial court’s decision, the Commonwealth Court, without explanation or citation, insisted that the record contained ‘detailed findings of fact.’ As noted, however, the board’s decision contained no findings of fact whatsoever with respect to similarity of use. The Commonwealth Court further maintained that the trial court … improperly acted as the fact-finder and substituted its credibility determinations for those of the board. We must again respectfully disagree.”
Donahue reasoned, “Inflection’s proposed gas wells use provides no public or essential services to the residents of the R-A district, and provides no infrastructure that supports and promotes residential and agricultural development in Fairfield Township. Inflection’s proposed use is intended solely for Inflection’s own commercial benefit, and not in any respect for the benefit of furthering the expressed goals of Fairfield Township’s R-A district.”
Read the full story
Like this? Click to receive free updates