When we smile, does the whole world smile back at us? 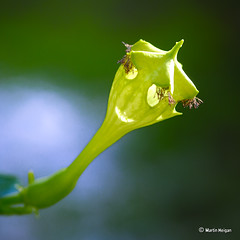 Image by Martin_Heigan via Flickr
Undoubtedly, the whole world smiles back when we Smile and here is the clincher:

Kaiser remembers photographing a Smiley created by soda she'd spilled on the sidewalk. As Kaiser stood hunched over, trying to take a picture of what looked like nothing, a man stopped and asked what she was doing. She pointed out the smiley; the man smiled and walked away. A few minutes later, he was back, eager for Kaiser to photograph a smiley he'd spotted.
"As he was walking along, instead of living inside of his head, he was walking through life and paying attention," Kaiser says. "Often the spontaneous smiley is more of a metaphor. It's not that you have to look for smiley faces 24/7. It's about paying attention to your life and the environment around you."

Guess who has the most engaging ads?
Home Inspection Repair Birmingham AL
Top Things to Do in San Francisco, Ca…
5 cheaper alternatives Chelsea should…
6 Brainy Ways to Proceed When You Owe…


This post first appeared on The Codicil, please read the originial post: here
People also like
Guess who has the most engaging ads?
Home Inspection Repair Birmingham AL
Top Things to Do in San Francisco, California
5 cheaper alternatives Chelsea should look to sign in place of Wesley Fofana
6 Brainy Ways to Proceed When You Owe IRS Back Taxes
Intel increases its arsenal against physical hardware attacks

When we smile, does the whole world smile back at us?