Legendary Mexican singer Juan Gabriel has died aged 66 of a heart attack in California, days after performing to 17,000 fans at the Los Angeles Forum.

Born into poverty, Alberto Aguilera Valadez, his real name, rose to sell more than 100m albums and had his own star on the Hollywood Walk of Fame.
In his glittering mariachi outfits, he won hearts with hits like Amor Eterno.
Latin American leaders rushed to pay tribute to a singer sometimes likened to Elvis Presley.
"His Music was his legacy for the world," Mexican President Enrique Pena Nieto said on Twitter. "He left us too soon."
Some of his fans gathered in Plaza Garibaldi in Mexico City, lighting candles and laying flowers for their hero.
"It truly is a sad loss for the Mexican people," one man said. "One of the musical icons that had great relevancy for our country, especially because his music and his songs identified greatly with the Mexican people."
"I mourn Juan Gabriel because he was a great artist and he was my age," another fan said. "And that makes me even sadder because he was young."
He wrote his first song at the age of 13 and went on to compose more than 1,500, often love ballads.

Juan Gabriel was not just Mexico's best-known star, he was a Latin American legend.
A prolific singer and composer, he wrote more than 1,500 songs that combined Mexican genres such as mariachi, ranchero and norteno music. In a statement following his death, his family said he was a giant in the music industry and as popular as ever.
As fans mourned his death, one of Mexico's national papers, El Universal, wrote that Juan Gabriel may have gone, but that his musical legacy would live on forever in the hearts of millions of followers.
His mother, he said, was one of the people he most loved in his life even though he had spent most of his childhood away from her.
Unable to support him on her own when his father was placed in a psychiatric hospital, she had sent him to an orphanage. She died in 1974.
Amor Eterno, Juan Gabriel said, was written with her in mind. "Even though I don't have my mother's love today, I have the love of millions,'' he told the newspaper La Jornada in an interview in 2012.
"Her love comes through all the mothers of Mexico."
As a struggling teenager, he spent time in prison for robbery, and in later life, he had problems in Mexico and the US for not paying taxes.
In the rare interviews he gave, he avoided talking about his private life so fans were surprised when it became known that he had fathered four children with a woman friend, Laura Salas, the Associated Press news agency said.
A six-time Grammy nominee, he was inducted into the Billboard Latin Music Hall of Fame in 1996 and received industry awards that included ASCAP Songwriter of the Year in 1995 and Latin Recording Academy's Person of the Year 2009.
He had just started an extensive American tour and a Billboard magazine review of his Los Angeles date had hailed him as "the ultimate showman", who provided a "bucket-list worthy show" and had no fewer than four thrones on stage for those songs he performed sitting down.
The tour's next date - in El Paso on Sunday night - had already been cancelled before news of his death was announced. The tour, titled MeXXIco Es Todo, had also been due to visit major venues in cities such as Las Vegas, Dallas, Hidalgo, Miami and New York over the coming weeks.
Juan Gabriel wrote many hits for leading Latin singers including Angelica Maria, Aida Cuevas, Lorenzo Antonio, Jose Jose, Luis Miguel and Rocio Durcal.
Juan Gabriel also acted in several films after his debut in 1975 in the movie Nobleza Ranchera.
http://www.bbc.com/news/world-latin-america-37211298 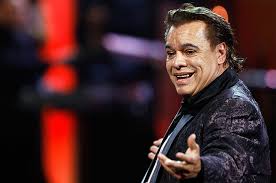 An end to Bitcoin? Google Pay “smart …
How To Stay Focused And Motivated In …
The Ultimate Winter Bucket List Accor…
Where To Stay In Barcelona 2020 [The …
Promote the Common Good