Communist Youth: Mass demonstration in Athens in solidarity with the Palestinian people 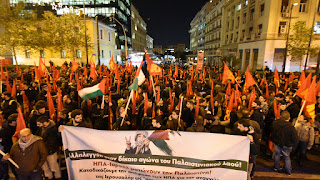 A strong message of solidarity with the Palestinian people and against the recent decision of the U.S. to recognize Jerusalem as Israel's capital was given by thousands of young people, members and friends of the Communist Youth of Greece (KNE) who demonstrated in downtown Athens on Friday afternoon.

How To Get Health Insurance Without A…
Online Massage Therapy Courses, are y…
Jordanian Startup Eon Dental Raises $…
Baseball Legend Willie Mays Launches …
Social Emotional Skills by Grade Leve…
The protesters gathered at Propylaia and marched towards the U.S. Embassy, shouting slogans such as "Freedom to Palestine" and "Americans, murderers of the peoples".
The demonstration was attended by Palestinian Students, members of the General Union of Palestinian Students, as well as by the ambassador of Palestine Marwan Toumbassi. A speech was delivered by the member of the Bureau of the CC of KNE Aris Evangelidis.

A similar protest took place in Greece's second largest city, Thessaloniki, organised by the Greek Committee for Detente and Peace (EDYETH) and the local Palestinian community. 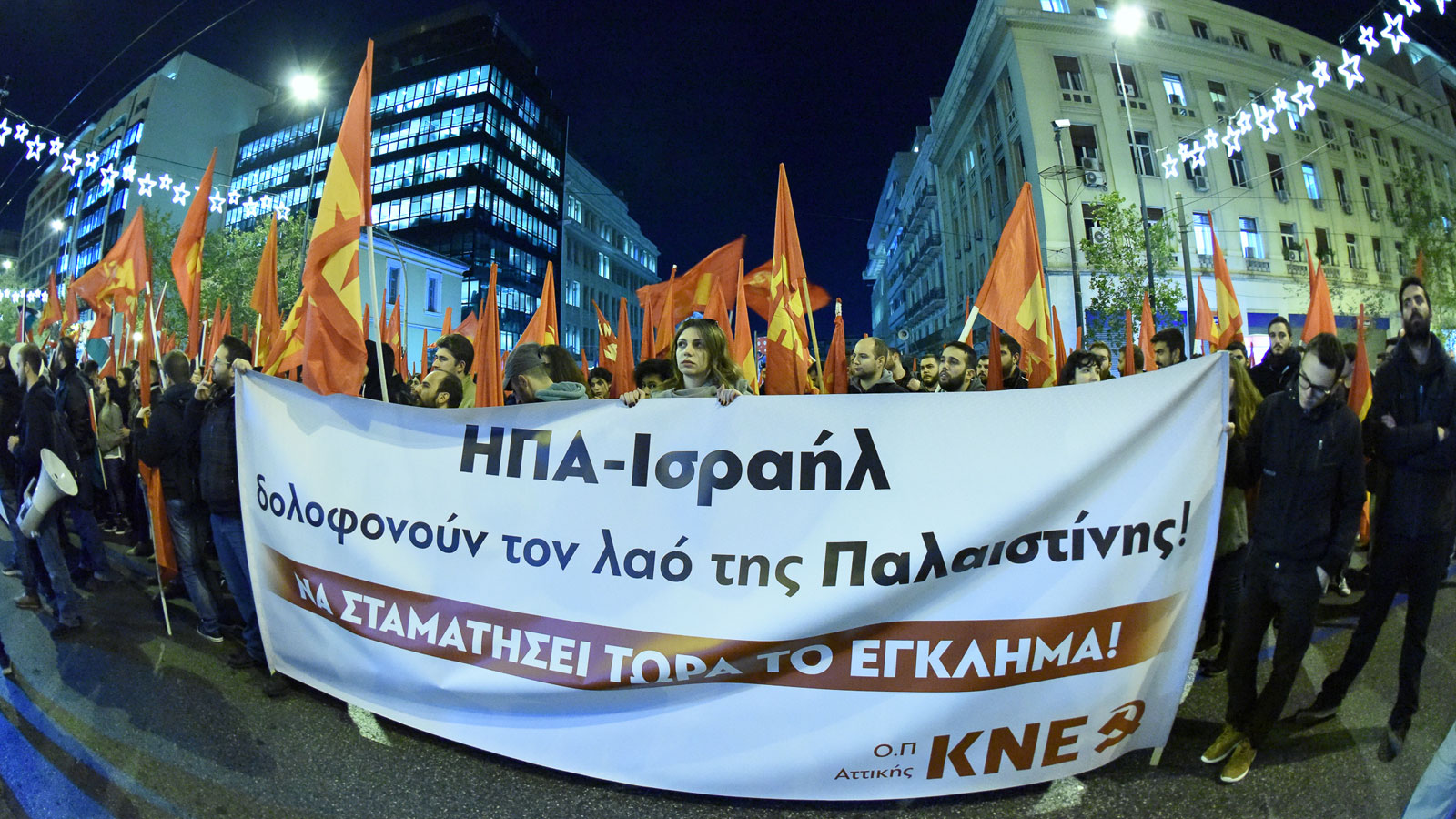 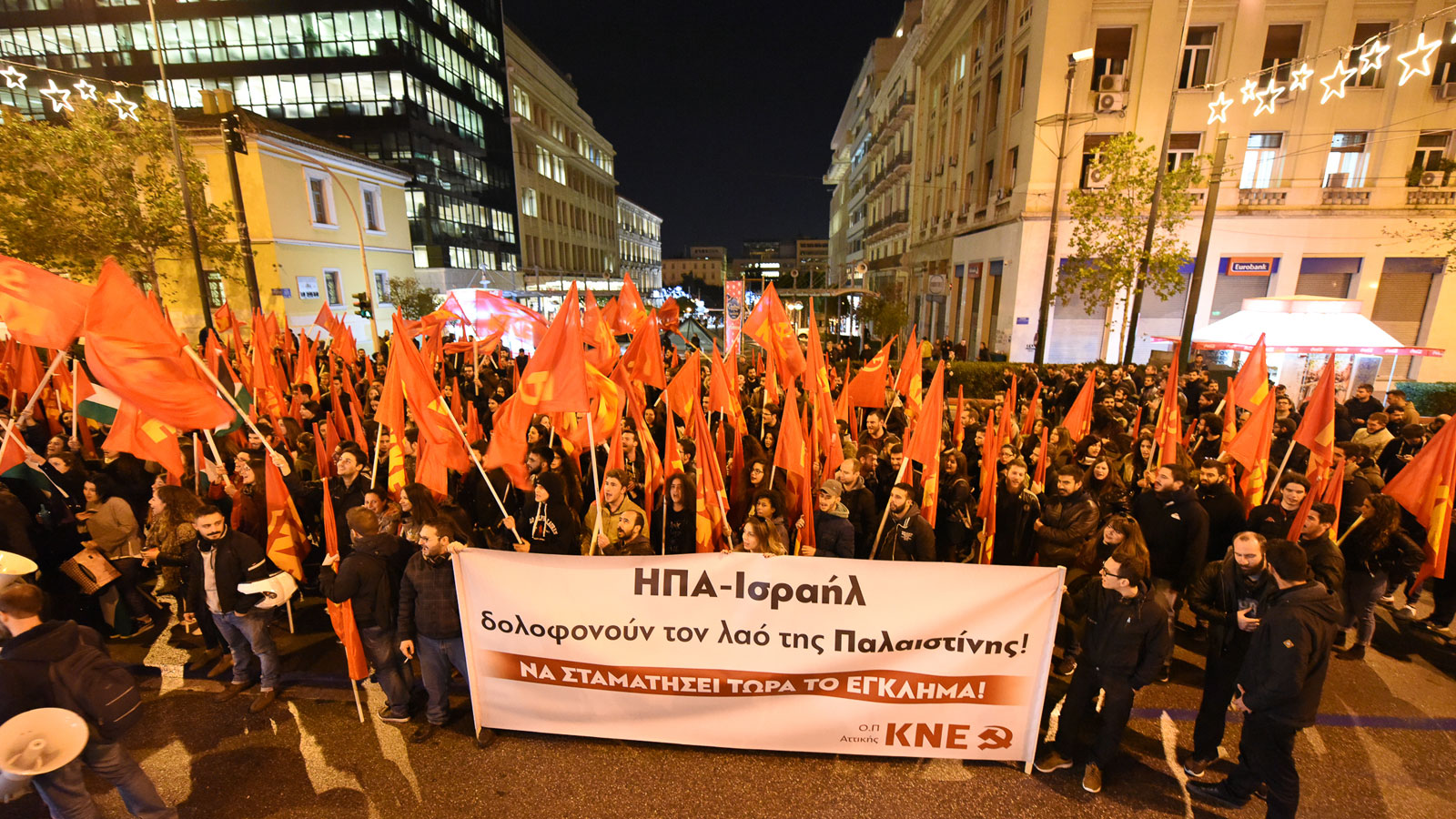 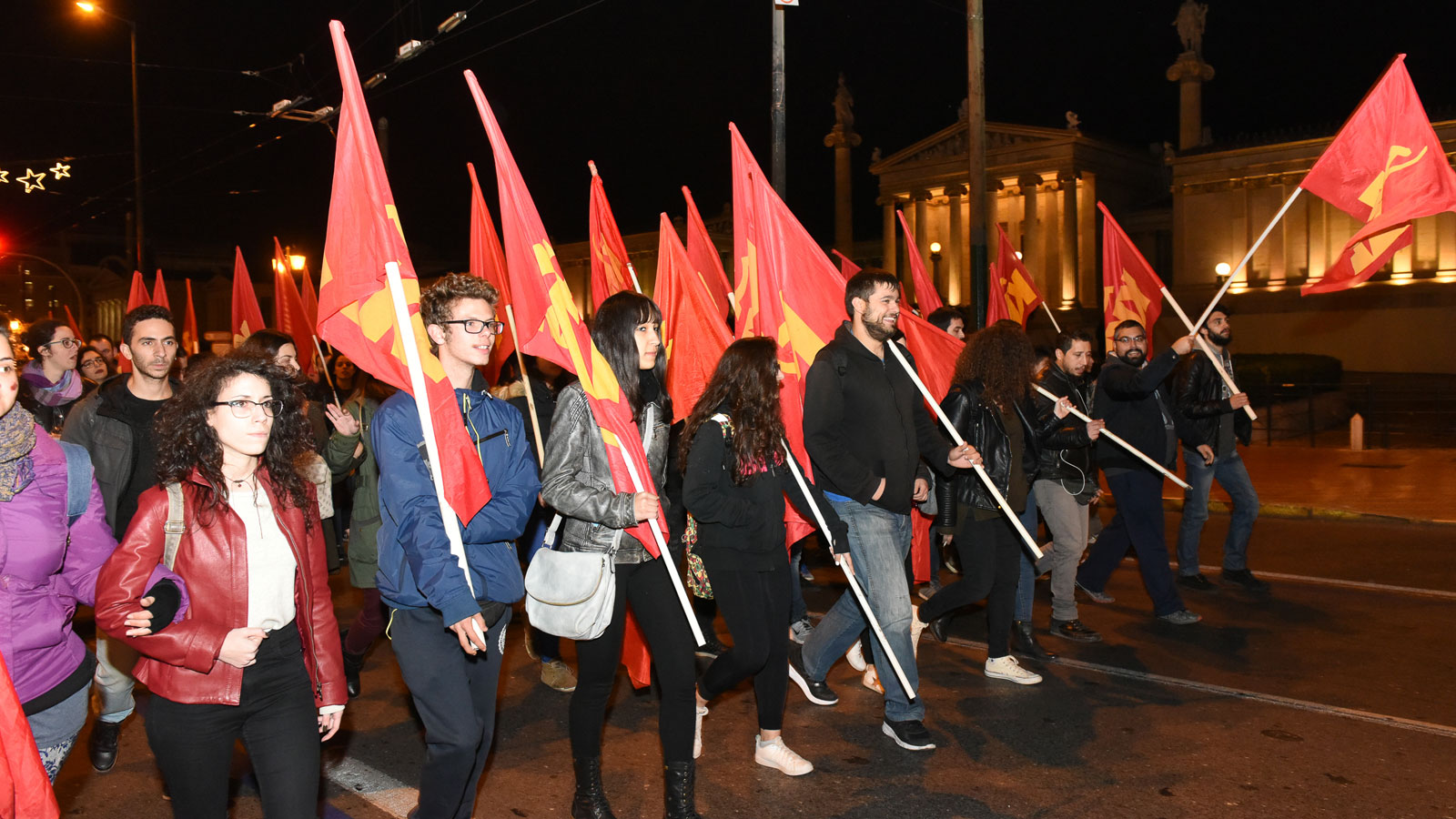 
This post first appeared on In Defense Of Communism, please read the originial post: here
People also like
How To Get Health Insurance Without A Job
Online Massage Therapy Courses, are you ready to start today?
Jordanian Startup Eon Dental Raises $26M in Series B
Baseball Legend Willie Mays Launches NFT Collection on Nifty Gateway
Social Emotional Skills by Grade Level, Part II
Building a Talent Pool in a Tight Market
Burrow Has The Perfect Pillow For Every Person In Your House

Communist Youth: Mass demonstration in Athens in solidarity with the Palestinian people