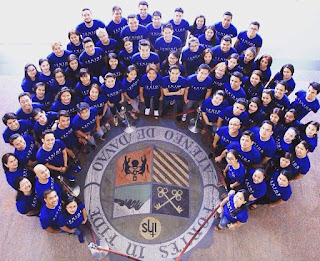 "I just made a job offer to an Ateneo fresh grad, and I was shocked that she declined a 37k starting Salary. The role is for an entry level Marketing Associate. I asked for her reason and she said that she expects at least 60k because of her educational background. I’M SPEECHLESS."

By the way, the tweet is not intended to bash Ateneo grads. It’s actually a thought-provoking situation — what kind of mindset do kids have these days? Are they simply out of touch with reality, or were they brought up to think they deserve such huge salaries right off the bat?

Napaka unprofessional yata...or intended to malign the applicant or school?

Can I also just say how it’s so unethical and weird to publicly criticize an interviewee for respectfully declining your salary offer? bakit kailangan i-shame? bawal humindi??

Many people misinterpreted the tweet. The whole point was her reason for rejecting the offer. She said IT’S BECAUSE OF MY EDUCATIONAL BACKGROUND. She was a graduate of a 4-year course like all the other candidates. She basically said she deserves 60k because she’s from Ateneo.

Let’s say she did deserve more. Her reply could’ve been better. I dunno. It sounded entitled and arrogant to me. Parang may attitude. There’s a difference bet knowing one’s worth and arrogance. Maybe she was inarticulate kaya?

She should have answered “I deserve 60k because I have exceptional communication skills, I can make you more than 60k in a month. I may have no experience but with my internship at …etc” Kesa nagsabi niya because of my “educ background”

Ateneans are not out of touch with reality; some companies do pay 60k right off the bat. Not because employers can’t afford a talent doesn’t mean the talent is entitled. Maybe she has other options, as you also have yours? So it’s a win-win for you both.

Such companies don't pay that kind of salary for fresh graduates because they're from a particular school. They should  pay because they think that your potential is high enough to warrant that investment.

Not because you were not offered it doesn’t mean it doesn’t exist. The multinational companies of the world give them to fresh grads easily. I’m sorry they did not hire you to give an actual sound experience.

The applicant in question is applying for an entry level position & frankly that amount is generous by Philippine standard. Since the applicant is a fresh grad & the alma mater is his/her only bargaining chip it’s safe to say that she lacks substantial experience for premium pay.

But try applying at organizations belonging to the United Nations, and for sure you'll get close to that amount or even higher.

She probably doesn't HAVE to work, so she's willing to wait for the big bucks. But unless she's an excellent coder, software engineer etc., She will have a hard time getting that salary on her own merits. Through Palakasan at nepotism, especially within the government where the unqualified gets a position, pwede pa. You already have an edge if you're from Davao.

Point is, a young, single Japanese professional lliving on his own, renting an apartment in the Tokyo area, and mainly eats out at restaurants can live off the pay he receives.

A Filipino counterpart cannot possibly live off the same level of pay adjusted for difference in GDP.

This shows that the Philippines is an extremely expensive place to live.

The economic managers should crack their heads and try to bring down the cost of living - food, clothing, shelter, healthcare, education, telecoms, transpo - the whole shebang, actually.

But, prices are "sticky downwards" in economics jargon. It means that prices (wages for that matter) are nearly impossible to bring down. This is why inflation is a very closely watched metric; a period of low inflation makes it easier for the economy and incomes to outpace prices. As incomes grow and prices stable, the quality of life improves affording the people better food, housing, etc.

After the Marcos recession, the economy has grown consistently year in and year out except for a minor hiccup for one year during Estrada's presidency.

Hence, for the most part, incomes were outpacing prices and the growth trajectory shifted upwards after the 2008-09 financial crisis. It appeared to be that an acceleration in income growth was imminent.

This momentum waned from 2017 and every year thereafter, growth was lower than the prior year. The denouement of 2020 saw the economy back to where it was in 2016.

What we see now are 2021 prices at 2016 incomes. Data for 2021 so far indicates a futher decline in income while prices are increasing at a faster rate. This means that Filipinos will be poorer - lower income that what they had in 2016 but cost of living much higher than 2020.

We should then be asking what the leaders, economic and political, are doing to help the Filipino to afford these prices at incomes of 6 or 7 years ago.

Kids these days, w access to internet, can easily make 50K/week online. Anyone who thinks 37k is okay because you’re a kid, is out of touch w reality. But, if the kid really believed she deserved more SOLELY because of her degree, then ya, she isn’t someone you’d want to hire.

The mindset that kids have these days is to not settle for less. If she thinks it's not enough then it's not enough. And to think na she's from Ateneo.. uhm. Baka barya lang sa kanya yung 37k, we don't know..

Maybe she’s just young and idealistic... and being just that. She should learn as she gets older.

That's what happens when everyone gets a gold star even when they fail. Let's wait and see how these 'no fail policy' wokes would turn out in the future.

I think that this points to a need for students about to head into the workforce to be transparently informed about what they should expect out of their industry's wages, perhaps as part of the curriculum.

If she really thinks she is that good and deserves a higher pay, then why not start her own business or company from scratch and be the boss right away? It is interesting to know where this gal would end up a year down the road. Good luck to her!

Two of my favorite quotes:  “Never sell yourself short” and “You always get what you paid for”