Speech of H.E. Dr. Ali Ibrahim Al-Malki, Ambassador of Qatar on the National Day of Qatar 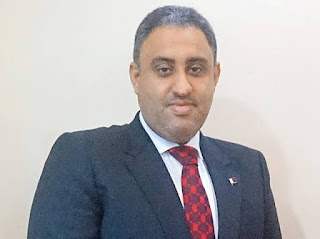 On this day, December 18, 1878, we celebrate the National Day of the State of Qatar, in which we commemorate the Founder, Sheikh Jassem bin Mohammed Al Thani, who planted the seed to establish a modern sovereign state and an entity based on dignity, originality and affiliation.

I also convey my warm greetings to all the Qatari people, as well as to all residents and expatriates in the State of Qatar. I wish God to bless this occasion with goodness, security, safety and more progress for all.

It was decided not to hold any festive activities to celebrate the National Day this year 2020 in line with the health restrictions and protocols imposed by the local authorities, as response to the current implications of the COVID-19 pandemic. Thus, ensuring good health and safety for all.

Nevertheless, the celebration next year 2021 will hopefully be in a way that will reflect the national vision of promoting loyalty, solidarity, unity, as well as pride in the national identity of the State of Qatar.

Despite the pandemic, the State of Qatar has witnessed this year astonishing development in several areas. One of its evidences is the hosting of the biggest football tournament in the world in 2022, where readiness and preparations have been completed.

First time in the world, Qatar will host the sporting event in an environment free of carbon emissions, which further affirms Qatar’s commitment to the sustainable climate legacy for the country and for the whole region. The hosting also reflects the country's commitment to noble values such as freedom of self-expression, enhancement and development of personality, promotion of freedom of thought and conscience, as well as protecting and promoting the principle of education for all.

On the State’s endeavor to achieve the National Vision 2030 - a vision that shapes the economic, social, environmental and human direction of the State of Qatar in the coming decades - Qatar also affirms its commitment to launch the economy towards broader horizons, while achieving a balance between economic growth and human resource development.

In this context, Qatar believes in the importance of education, training, capacity-building and the promotion of employment opportunities for all, just as it attaches importance to strengthening national economies and encouraging peaceful dialogue and values ​​of tolerance, rejecting extremism, terrorism, and discrimination of race or sect, in addition to the peaceful foreign policy pursued by the State base on mutual respect with other countries.

On November 03, 2020, His Highness Sheikh Tamim bin Hamad Al Thani - the Emir of the State of Qatar, "may Allah protect him" – announced at the opening of the 49th regular session of the Shura Council in Doha, the first legislative elections in the country's history, in the month of October next year. It is an important step towards strengthening the traditions of the Qatari Shura and developing the legislative process, with wider participation of citizens. It also reflects the system of the State of Qatar, which is firmly rooted in the structure of society, which is the Emirate system that is based on deep traditions of fair and rational governance, linked to people, loyalty relations, as well as mutual trust and direct communication with society. The step also reflects the national identity of the State, which is shown in the solidarity of the Qatari society, its cohesiveness, its tolerance to moral values ​​and its love for the country.

On this occasion, we cannot overlook the recent achievements and legal reforms that the State has made to labor laws, which have been praised and appreciated by many countries and international organizations.

We also highlight the health measures taken by the State of Qatar to protect every citizens and foreign workers from the threat of Coronavirus. This is to further ensure the clear policy for the maintenance of basic professional and health rights, and provide safety measures and adequate conditions for work in the country.

As for the framework of bilateral relations between the State of Qatar and the Republic of the Philippines, the past period has witnessed a remarkable development in the cooperation between the two countries.

We have felt a mutual desire to increase this cooperation, in a manner that establishes common and real interests between the peoples of the two friendly countries, especially that State of Qatar recognizes the Philippines with great importance and constantly seeking to further develop the relations of the two countries in various fields. This is also to note that cooperation through all these years have remained confined to the field of work and employment

The State of Qatar, with its openness towards new horizons for cooperation, aims to strengthen bilateral relations with the Philippines, especially under the administration of His Excellency Rodrigo Roa Duterte, President of the Republic of the Philippines, whose policies contributed to strongly elevate the ties, thus pushing towards a promising future.

The opportunity is now ripe for a more stable trade and investment exchange, as well as in the sectors of importation and exportation, energy, health, education, culture, among others. This year has also witnessed the conclusion of a large number of joint agreements and memorandum of understanding between Qatar and Philippines, where the first political consultations committee between two foreign ministries was established. It is hoped that the first meeting will start by next year.

The State of Qatar extended reliefs for its friends in the Philippines, in response to the directives of His Highness Sheikh Tamim Bin Hamad Al-Thani.

Last December 4, 2020, the Embassy turned over to the Philippine Red Cross (PRC) more than 40 tons of urgent relief assistance to support the victims and those affected by typhoon "VAMCO" in the Philippines, through an air bridge or “airlift” by the Qatar Armed Forces.

Qatar Fund for Development provided this aid, in cooperation and partnership with Qatar Charity and the Qatar Red Crescent and in coordination with its local partner, the Philippine Red Cross.

The urgent humanitarian aid also comes as a commitment from the State of Qatar to alleviate the suffering of the typhoon victims and to boost International efforts in the field of emergency relief.

As I end these remarks, it is my hope that Allah, the Almighty, will perpetuate His blessings to our dear nation and people with good health, wellness, security, peace and stability, as I also pray for the same sincere desires for the friendly Philippines.

May this occasion be filled with grace and success.

Speech of H.E. Dr. Ali Ibrahim Al-Malki, Ambassador of Qatar on the National Day of Qatar