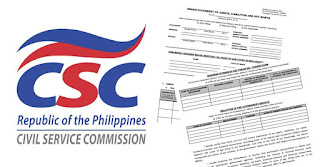 The Department of Transportation (DOTr) has expressed full support behind the government’s drive to stamp out graft and corruption across various government agencies.

DOTr Secretary Arthur Tugade said the Transport Department is in full support of the order of President Rodrigo Roa Duterte to probe graft and corruption in government.

To recall, the President ordered the Department of Justice (DOJ) in October to lead a “mega” task force that will conduct an investigation into graft across all government agencies. According to the President, the authority to investigate by the DOJ-led task force will be in effect until the end of his term on June 30, 2022

In line with the DOTr’s cooperation in the anti-graft probe, Tugade said he had ordered all the heads of agencies and other DOTr officials to submit their individual Statement of Assets, Liabilities, and Net worth (SALN) to the DOJ-led task force.

Secretary Tugade said he has already assigned a group and a point person who will gather and review the SALNs of all DOTr officials, past and present, including his.

“Sabi ko ikumpara ‘yun at ipakita at sabihin sa akin kung meron silang nakikitang dapat bigyang pansin (I told them to compare the SALNs and show and tell if they see anything that must be looked into),” Tugade earlier said during the Kapihan sa Manila Bay online forum.

The transport chief directed the comparison of submission for 3 periods of the SALN or for 3 years to find out if there is substantial difference between the periods.

“Makikiisa kami d’yan sa mega task force. Nag-meeting na kami (at susundin namin ang) requirement ng PACC (Presidential Anti-Corruption Commission) para sa ganon, maipakita na kaisa kami dun sa pagwalis at pag-address ng corruption sa gobyerno (We will support the mega task force. We already had a meeting and agreed to comply with the requirement asked for by the Presidential Anti-Corruption Commission so we can show that we are cooperating with the government in addressing and eradicating corruption),” he added.

Meanwhile, Secretary Tugade said he is glad that the DOTr is not included in the five agencies that the President had identified as among the most problematic agencies in the country.

Since 2016, the transport chief has been implementing strict anti-corruption policies and measures. He has directed the Central Office and all agencies under it to live stream the bidding process for transparency. Also, meetings with contractors have been forbidden during the conduct of the bidding process to prevent bribery and undue influence. He has further ordered the publication of bidding processes conducted.

Further, he has ordered the strict adherence to the "No Gift Policy" he instituted since Day 1 of his administration, only allowing electronic greetings for occasions since physical greeting cards may be used to insert money for bribes.

More importantly, Secretary Tugade has been uncompromising in implementing the "One-Strike" Policy on corruption. In fact, since his tenure started until 2019, 20 personnel have been relieved, 17 have been suspended, and 128 have been dismissed from the service for grave misconduct and conduct prejudicial to the best interest of the service.

True to his maxim that no one is untouchable when it comes to weeding out corrupt practices in the agencies under the DOTr, those dismissed and suspended include not only rank-and-file employees but even middle managers or chiefs, and top brass in the Central Office and agencies, with cases ranging from fixing activities, involvement in payola, to receiving fees, gifts or other valuable items in the course of official duties.

This year, 5 dismissed employees belong to the division chief and director levels. Further, in November alone, 4 employees have been preventively suspended due to an ongoing case on grave misconduct, and a job order was immediately terminated. These cases have been reported to the President.

Benefits of working with an SEO agency