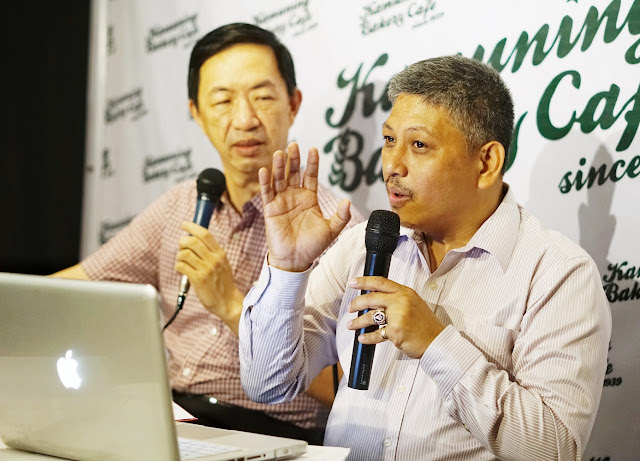 Atty. Gary Bonifacio, great-great-grand-nephew of 19th century Katipunan revolutionary movement founder Andres Bonifacio and great-great-grandson of the hero’s brother Procopio Bonifacio, made a public appeal on November 29 at the non-partisan Pandesal Forum of Kamuning Bakery Café in Quezon City for the government to declare his forebear as “the first president of the Philippines based on the recommendations of many nationalist historians and scholars to correct historical injustices”.

Atty. Bonifacio, now an election officer in San Juan City, clarified: “Supremo Andres Bonifacio’s Katipunan was not only a revolutionary organization but it was a revolutionary government of the Philippines. He referred to all Filipinos and the Philippines as Tagalogs and the Tagalog republic, because he refused to use the colonial name imposed by the Spanish colonizers. When he used the term ‘Tagalog people’, it referred to all of us whether Tagalogs, Visayan, Ilonggo, Ilocano, Tausug. Andres Bonifacio had a vision and concept of our nationhood, in fact, he even opened Philippine citizenship to foreigners living in our isles, to Chinese who were already second-generation here and to fourth-generation Spaniards here.”

Andres Bonifacio and his brother Procopio Bonifacio were both unjustly murdered on May 10, 1897 in the mountains of Maragondon in Cavite province. They were executed by the soldiers of and upon orders of General Emilio Aguinaldo, after their very controversial and unjust trial in Naic, Cavite and also after the controversial 1897 Tejeros convention. After the deaths of Andres and Procopio Bonifacio, other members of their family were persecuted and went into hiding for many years.