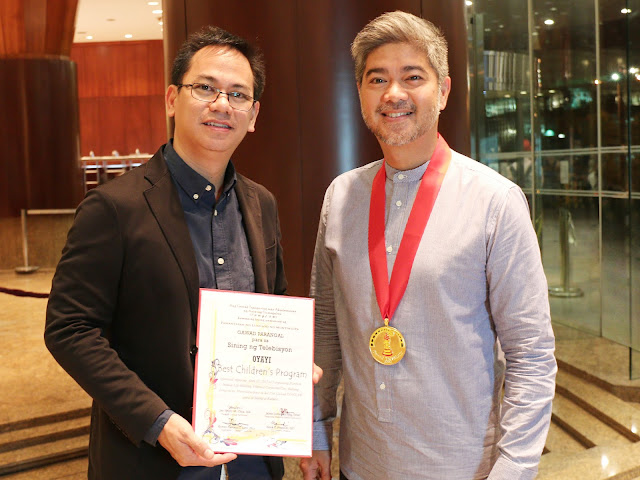 Oyayi, CBN Asia and National Council for Children’s Television’s newest program for TV, was awarded Best Children’s Show at the 15th Gawad Tanglaw Awards held Tuesday, April 25, 2017.
Oyayi, a Filipino word meaning “lullaby,” is based on a children’s storybook written by Fernando Rosal Gonzalez. Oyayi features a bunch of cute and perky endangered-species-friends who are on a mission to protect their island home. Oyayi teaches timeless lessons such as love for family, appreciation for culture and arts, and preservation and love for the environment. Oyayi also seeks to ignite the younger Filipino generation’s passion and love for country and to encourage them to become responsible citizens.

“We come alongside the parents in teaching values to their children,” shared CBN Asia’s Executive Vice President-COO, Robert John Tan. “We want to influence them in a positive way,” he added.
Pictured above is Mr. Robert John Tan and Oyayilead actor, Icko Gonzalez, with the Gawad Tanglaw Award for Best Children’s Show. 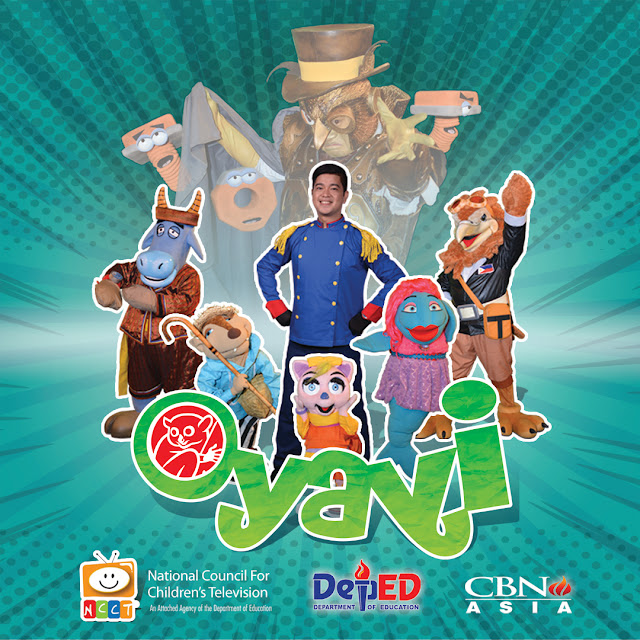