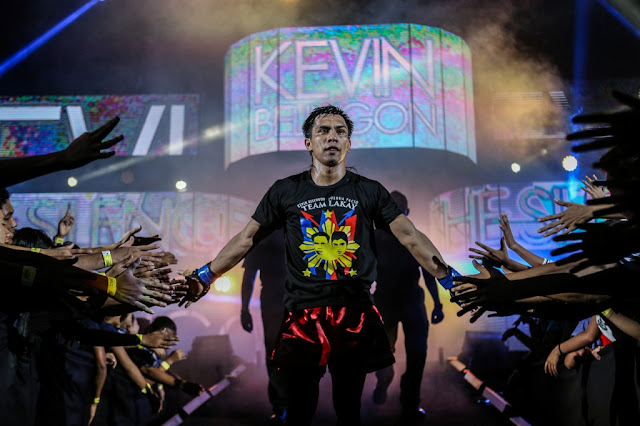 Filipino fighter Kevin “The Silencer” Belingon is seeking a statement-making victory as he is set to face Toni “Dynamite” Tauru on the undercard of ONE: KINGS OF DESTINY in Manila, Philippines on 21 April.

The 28-year-old Baguio City native has had his fair share of highs and lows inside the ONE Championship cage since making his promotional debut five years ago, but he wants nothing short of leaving a lasting impression.

Belingon, a Wushu Sanshou practitioner who prefers to clobber a straight right-left hook combination and throw hard kicks at all levels but particularly to the legs, notched a first-round stoppage of Russia’s Yusup Saadulaev in October 2012.

Meanwhile, Belingon thwarted Australian stalwart Than Vu in April 2013 by delivering a high kick before unleashing a volley of power punches that resulted in a second-round finish.

“The Silencer” attained a highlight-reel knockout of David Aranda Santacana in December 2013 when he uncorked a thunderous left hook that brought the Spaniard’s first ONE Championship outing to a dramatic and decisive close.

Belingon stressed that if the opportunity to score a finish presents itself against Tauru, he will not think twice to grab it.

“Of course, I want that finish. I am always looking for that. If there’s an opening to get the knockout or submission, I will go for that in a split second,” he said. 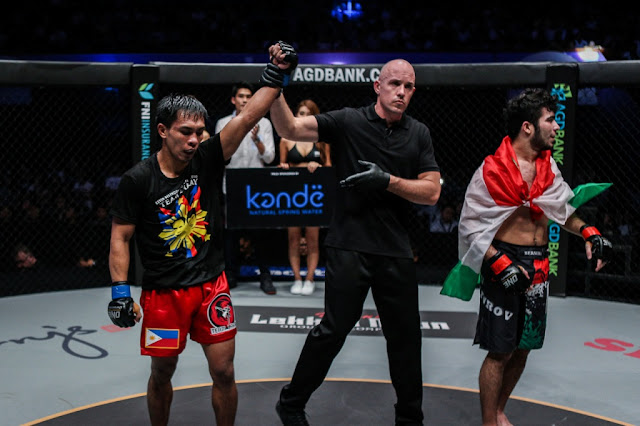 In his last bout, Belingon shied away from his relentless fighting style and resorted to a more tactical approach to get a unanimous decision win over Muin Gafurov last October.

Belingon stressed that he was seeking an emphatic triumph over Gafurov, but the strategic nature of the bout did not give him the chance to do so.

“I wanted to finish Gafurov, but that’s not how the fight went. I needed another way to defeat him,” he shared.

From bell to bell, the one-time ONE Championship bantamweight title challenger banked on his lashing leg kicks and takedown defense to keep Gafurov at bay.

Belingon continued to dictate the pace of the match in the third and final frame, where he maintained his distance by consistently telegraphing his leg kicks while making Gafurov hesitate to cut the gap with his signature left hook. 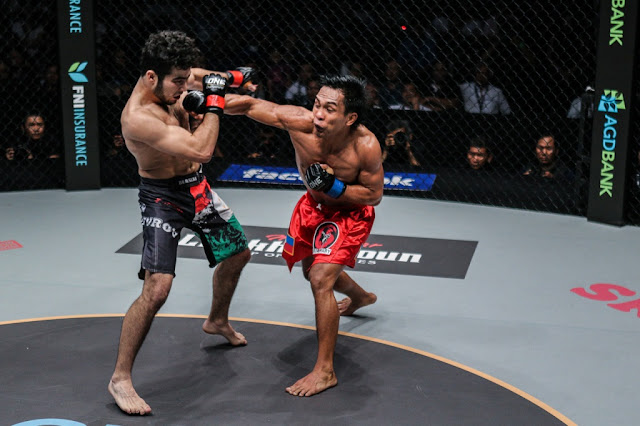 Although Belingon’s method of defeating Gafurov was starkly different from his usual fighting style, he plans to win his fans over again as the 5-foot-5 Team Lakay standout is known for his highlight-reel finishes.

“I always want to give fans an exciting fight and a good finish. Unfortunately, they didn’t have that in my last fight against Gafurov. In my upcoming fight, I’m going to give my best. You will see fireworks on April 21st,” he stated.