Hontiveros Pushes for Mental Health Education and Services in Schools 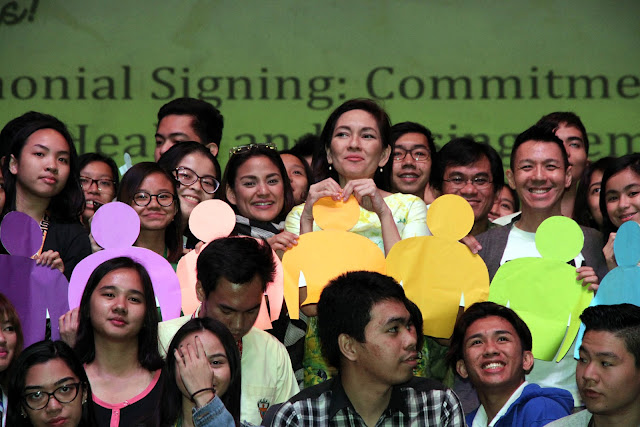 Akbayan Senator Risa Hontiveros urged school administrators and student leaders to integrate mental health promotion and services in their schools to respond to the mental health needs of students.

In a forum organized by the Youth Coalition for Mental Health at the University of Santo Tomas (UST), Hontiveros said that students spend a lot of time in their respective schools. However, she said that most schools are ill equipped to handle the mental health needs of their students.

Hontiveros, Chairperson of the Senate Committee on Health and Demography, filed Senate Bill No. 1190 or the Philippine Mental Health Act. The proposed measure aims to integrate mental health services and programs in the public health system, including in the schools, to institutionalize campus-based interventions and awareness campaigns for mental health. She said that the Philippines is one of the few countries in the world without a comprehensive mental health law.

"Our schools should not only be institutions of learning but also places to nurture sound mental health," Hontiveros said.

Citing government data, Hontiveros said that there are 7 Filipinos who commit suicide each day. Meanwhile, 1 in 5 young people have thought about suicide and took steps towards it. The senator also said that the number of suicide cases in the country has steadily risen over a period of 20 years from 1992 to 2012.

"Many Filipinos, especially our young ones are suffering from the silent burden of impaired mental health. This is clearly the result of the country's lack of a mental health policy to address this serious health concern. We cannot allow this to continue," Hontiveros said.

Hontiveros urged the youth to tap the power of social media and start the discussion on mental health so that it will not be discussed in "hushed voices".

"If social media can help shape social movements and create positive change, it can surely help us raise awareness on mental health and fight the stigma surrounding mental illness," she said, citing the We Are Social Singapore's data that there are 47 million active Facebook accounts in the Philippines.

"It's time we give voice to people with mental health needs who are silently suffering in the dark due to the lack of mental health law. We need to reach out to them and tell them that they are not alone, that they should not suffer silently in the dark," Hontiveros concluded.

Hontiveros Pushes for Mental Health Education and Services in Schools