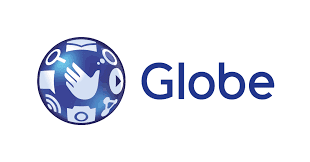 Globe Telecom said it is ready and well-prepared to accommodate an expected surge in network traffic during the holiday season.

“Growing adoption of smartphone devices, as more and more of our customers continue to shift to a digital lifestyle, is expected to lead to surges in data use. With the seasonal increase in data traffic, we want to assure our customers that Globe is ready and well-prepared to accommodate our customers’ bandwidth requirements,” Crisanto said, adding that Globe also expects similar a surge in network traffic coming from voice and SMS traffic.

Globe recently completed deployment of 500 LTE sites using the 700 megahertz band consistent with efforts to improve internet service in the country. Majority of the company’s L700 sites were deployed mostly in Metro Manila and other highly-populated areas, where majority of customers using LTE-based handsets are located. In addition, the company also activated 900 additional LTE sites using the company’s additional spectrum allocation in the 2600 megahertz band.

With the deployment of Lte Sites using both the 700 and 2600 bands, Globe is now able to deliver a more comprehensive LTE coverage in Metro Manila, Metro Cebu, Metro Davao and other major urban areas in the country. The use of both LTE 700 and LTE 2600 bands, along with the company’s additional spectrum resources, supports the capacity enhancement initiative launched by the company early 2016 intended to elevate the state of internet in the country. Globe also launched early this year an initiative of creating an internet superhighway by deploying fiber optic cables in 20,000 barangays all over the country to provide faster and more reliable internet access in about 2 million homes nationwide.