Senate Misses the Opportunity to Side with Real Heroes 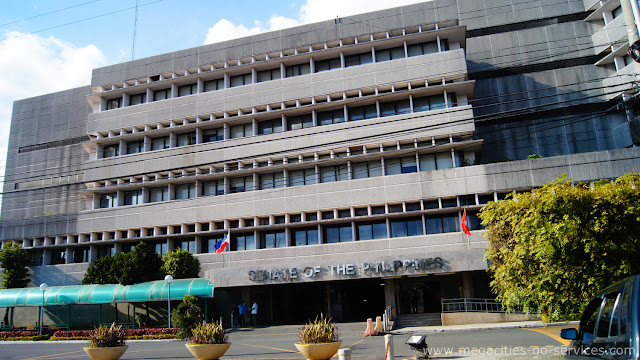 “It was a missed opportunity.”
This was how Akbayan Senator Risa Hontiveros described the Senate’s failure to pass a resolution expressing the sense of the institution that the late dictator Ferdinand E. Marcos is not a hero and not entitled to be buried in the Libingan ng mga Bayani (LNMB).

Vechain Blockchain Technology Powers …
How to Create a Winning Black Friday …
Beautiful Celebrity Couple Pics
“I am sad that the Senate missed the opportunity to defend the truth and our history from the Marcoses’ historical revisionism and negationism. It missed the chance to be on the side of real heroes,” Hontiveros said.
"I, however, commend my fellow colleagues who bravely responded to the test of history and defended the truth and the country’s struggle for collective memory," Hontiveros added.
In a vote of 8-6-6, the Senate failed to get a majority vote to pass Senate Resolution No. 86, authored by Hontiveros, which states that the crimes of Marcos to the country, and the human rights violations committed under his regime, render him unfit to be given a hero’s burial.
Senators Hontiveros, Franklin Drilon, Aquilino "Koko" Pimentel III, Grace Poe, Bam Aquino, Francisco "Kiko" Pimentel, Joel Villanueva and Leila De Lima voted in favor of the resolution. Those who voted against were Senators Emmanuel "Manny" Pacquiao, Vicente Sotto, Ping Lacson, Gringo Honasan, Cynthia Villar and Dick Gordon. Meanwhile, those who abstained were Senators Ralph Recto, Sherwin Gatchalian, Sonny Angara, Miguel Zubiri, Francis "Chiz" Escudero and Nancy Binay.
"Ball in Duterte's court"
Hontiveros said the ball is now in the court of President Rodrigo Duterte.
“From the start, this issue, while imbued with valid legal and constitutional questions, is ultimately a political and moral question addressed entirely to President Duterte. The President ultimately has the power to defend the country’s history or be a tool of the Marcos family’s attempt to rehabilitate its image and whitewash its crimes against the people."
"What law?"
Hontiveros also refuted Duterte’s excuse that he was merely following the law on the said issue.
"There is no law compelling President Duterte to give Marcos a hero’s burial. Even the Supreme Court’s decision does not command the Executive branch to do anything. Lest we forget, this all started with President Duterte. What he started, he can end,” Hontiveros said.
Hontiveros said that if President Duterte proceeds to bury the remains of the late dictator in our heroes’ cemetery, he will satisfy no law, public clamor and interest. "It will not be in the pursuance of national healing and reconciliation. The President will only satiate the whims and madness of the Marcoses. He will be remembered as the President who exonerated a dictator’s brutal legacy at the expense of our history and the dignity of the Filipino people,” she concluded.

Senate Misses the Opportunity to Side with Real Heroes