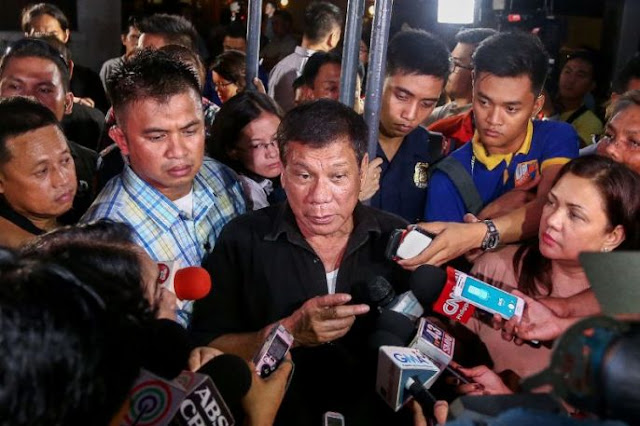 In Defense of Human Rights and Dignity Movement (iDEFEND) strongly condemns the Davao City Night Market bombing which resulted in the deaths of 14 people and injuries to 67 others. This calculated, deliberate, and brutal assault on defenseless civilians is intolerable, and the perpetrators of this most atrocious act should be brought to justice through diligent, affirmative, yet lawful actions by the Duterte administration.
iDEFEND commiserates and sympathizes with the loved ones of the victims of the bombing, and extends its sincerest condolences and solidarity. We strongly disapprove that the issues of terrorism, drugs and extrajudicial killings are being conflated when these are distinct issues requiring different approaches.

How Universal Basic Income Gets Attra…
Balloch O’ Dee Campsite
Cat Coronavirus Diary – Day 15
Wuhan Weather Report
Baroque Design for the Home
Moreover, mobilizing the Armed Forces of the Philippines to become direct participants in the issue of drugs, will further escalate rights violations of various kinds. Instead of abating the Extrajudicial Killings, this will even increase its uptake. There have already been too many deaths - including those of very young children- since the President’s assumption into office. We know, being a grassroots movement, that nationwide conditions is far from the threshold of “lawless violence” as stipulated in section 18 of ARTICLE VII of the Philippine Constitution. For this reason we question the nationwide mobilization of the military. There is no widespread absence and breakdown of law, peace, conditions of disorder and chaos, despite a bombing event in one city. What warrants a nationwide red alert now when in previous years, a spate of bombings in Davao merited only a state of emergency in the city?
What is clear, however, is that the state’s widespread and hard-lined approach on drugs, including the statesanctioned and unaddressed killings, has compromised the safety of the public. IDEFEND calls on President Duterte to act with discernment and prudence. We urge for a level- headed and well-planned government response, firmly anchored on the respect for Human Rights, particularly the right to life of ALL Filipinos, as well as democratic tenets and safeguards enshrined in our Constitution.
This well- considered solution should be proportionate to what confronts us, and should be free from unnecessary excesses. We believe that an exaggerated government response will give rise to new problems such as the further escalation of violence and disregard for human rights.
Militarization, especially in a situation where authorities have not clearly spelled out what the state of lawlessness means, will usher in a climate of fear and an overall chilling effect for everyone. We are perplexed by the fact that the President has chosen the path of militarizing the PNP mandate, publicly pronouncing that “security forces will run the country according to his specifications” and that “the military and police can really do what they want to address the problem.” Such a top-heavy response and a wanton declaration of lawlessness is perilous and misleads from what the national situation really is.
In line with principles of transparency and accountability, iDEFEND asserts the need for inscribing formally on paper his “state of lawlessness” decree so that its parameters can be better understood and the risks it presents can be effectively checked.
In light of President Duterte’s consistent attitudes towards human rights, we are concerned that this decision will further overstep the boundaries of law. It is lamentable that the statements of Pres. Duterte and Defense Secretary Delfin Lorenzana attribute the bombings to democracy. Similarly, the statements of Presidential Spokesperson Peter Tiu Laviña attributing the bombings partially to political opposition is very irresponsible and begs explanation, and presents itself as the real threat to democratic space.
iDefend also calls on the President to ensure that the work of all branches of government, primarily the Senate, Judiciary and all Constitutional Commissions remain unrestricted, independent and effective. We also appeal to the Duterte administration to ensure the safety of civil society groups and individuals, whether or not his views are shared by these indispensable actors for change.