China and the Association of Southeast Asian Nations (ASEAN) plan to resolve disputes on the South China Sea by the middle of next year through using a regional framework of regulations.
Senior officials from China and the 10-member grouping held a meeting in Manzhouli, a land port city in northern China, on Monday and Tuesday to discuss the implementation of the Declaration on the Conduct of the Parties in the South China Sea (DOC), Chinese media reported.

CBD 2020: What to Expect + Our Top Pr…
Why Friday The 13th Will Be Your Luck…
Vechain Blockchain Technology Powers …
How To Get From Lima To Cusco Peru {T…
The DOC was signed in November 2002 as a code of conduct for all parties involved in the South China Sea issue.
Both sides agreed to get the framework for the code of conduct done by mid-2017, and also approved guidelines for a China-ASEAN hotline for use during maritime emergencies, according to China Daily.
They also agreed that a pact on unplanned maritime encounters, signed in 2014 by countries in the region, be applied to the South China Sea. 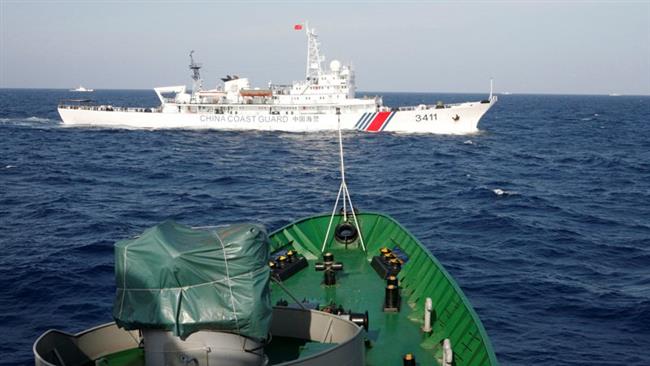 A ship (top) of the Chinese Coast Guard is seen near a ship of the Vietnam Marine Guard in the South China Sea, about 210 km (130 miles) off shore of Vietnam May 14, 2014.
Chinese Vice Foreign Minister Liu Zhenmin said after the meeting that documents on the hotline and unplanned encounters would be presented to leaders at a China-ASEAN meeting in Laos next month for final approval.
“There is another achievement - we reached broad consensus on pushing forward the negotiations on a code of conduct for the South China Sea,” Liu said.
“All sides agreed to raise the frequency of the negotiations in a situation without interference, and seek to finish a draft framework of the code of conduct by the middle of next year,” he added.
This is the third meeting on the code this year.
“It shows that as the situation in the South China Sea is getting more and more complicated, especially with the interference of external forces, ASEAN countries and China have realized that we have to grasp the key to the South China Sea issue in our own hand.”
Since 2010, China and the member states of the ASEAN have been discussing a set of rules aimed at avoiding conflict among rival claimants in the busy waterway.
Tensions have increased in the region after a Hague-based court of arbitration on July 12 ruled that China’s claims to sovereignty over the disputed areas in the South China Sea or its resources “had no legal basis.”
Beijing has rejected the ruling in the case, which was brought by the Philippines.
China claims nearly all of the strategically vital South China Sea which is also claimed in part by Taiwan, Brunei, Vietnam, Malaysia and the Philippines.
The dispute has at times drawn in trans-regional countries, particularly the US.
China accuses the US of interfering in the regional issues and deliberately stirring up tensions in the South China Sea.
Washington, in turn, accuses Beijing of carrying out what it calls a land reclamation program in the South China Sea by building artificial islands in the disputed areas.
China has also been involved in a similar dispute with Japan in the East China Sea.
Japan protests Chinese ships in disputed sea
In another development on Wednesday, Japan lodged a fresh protest with Beijing after some 230 Chinese fishing vessels and six coastguard ships sailed close to the disputed islands in the East China Sea. 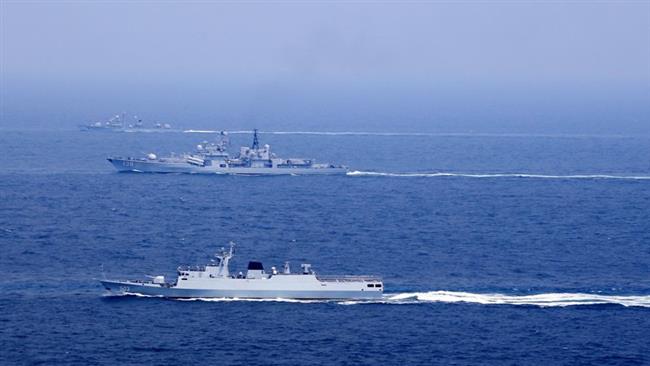 Chinese naval vessels participate in a drill on the East China Sea, China, August 1, 2016. ©Reuters
Beijing is locked in a territorial row with Tokyo on an uninhabited yet strategically-important island group in the East China Sea. Ties between the two sides deteriorated after Tokyo nationalized part of the resource-rich islands in 2012.
Japan has lodged at least 32 protests through diplomatic channels since August 5 over what it says have been 29 intrusions.
“Despite Japan’s repeated strong protests, the Chinese side has continued to take unilateral actions that raise tensions on the ground, and that is absolutely unacceptable,” Kenji Kanasugi, Foreign Ministry chief of Asia-Pacific affairs, told Guo Yan, minister at the Chinese embassy in Japan in a phone call.
Kanasugi described the intrusions a “violation of Japan’s sovereignty”, which he said are “unacceptable.”
The vessels left after the area after being warned off by the Japan Coast Guard, officials said.
Get more trending information on Jokpeme News - Europe,US,Middle East,UK,Asia,Africa, Latin America,Entertainment & World News