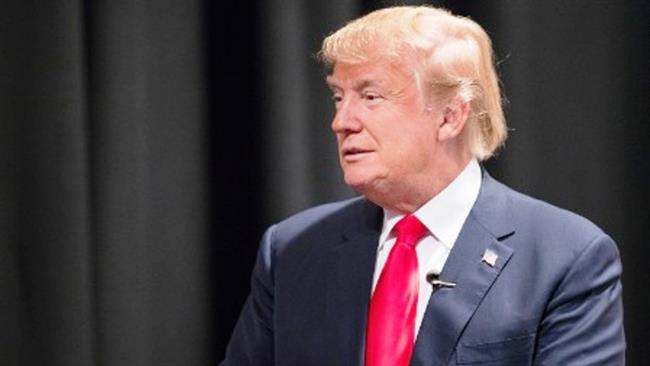 US Republican presidential nominee Donald Trump
US Republican Presidential Nominee Donald Trump has shaken up his election Campaign staff for the second time in two months.
Trump is adding two officials to top posts supervising his campaign, with less than three months to the Election Day in November.
The business mogul named Steve Bannon, the executive chairman of Breitbart News and a former investment banker, to the post of chief executive.
He also promoted Kellyanne Conway, a senior adviser and pollster to the position of his campaign manager, CNN reported on Wednesday.
Paul Manafort, Trump campaign's chairman and chief strategist, will continue to serve as campaign chairman, Conway said.
"I look at it as an expansion of the team. Paul remains as Chairman," Conway stated.
This comes in the wake of an increase in tensions inside Trump's campaign in recent weeks as well as warnings by several people close to the campaign to have a shakeup as Trump's relationship with Manafort soured.
The negative headlines and alarming polls for Trump have influenced Trump’s decision.
"I want to win," Trump told the Wall Street Journal. "That's why I'm bringing on fantastic people who know how to win and love to win."
Two months ago, Trump fired his campaign manager Corey Lewandowski following weeks of internal disputes between Lewandowski and Manafort, who was initially named to oversee his campaign.
"Mr. Trump doesn't trust him anymore. That's it. Pure and simple," a source familiar with the tensions told CNN.
"When Mr. Trump doesn't feel comfortable with the way things are managed or the way things are, he has a tendency to try to do everything, thus his exasperation becomes apparent. It manifests itself," the source said.

CBD 2020: What to Expect + Our Top Pr…
How to Create a Winning Black Friday …
Libra privacy Dimensions of Libra Ass…
Do Employee Referrals Result in the B…
3 Powerful Growth Strategies on How t…
Get more trending information on Jokpeme News - Europe,US,Middle East,UK,Asia,Africa, Latin America,Entertainment & World News