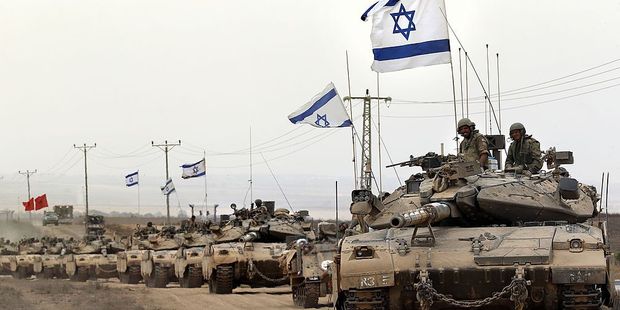 General Yair Golan's speech has sparked reflection in some sectors, but mainly criticism. Photo / Getty
On the eve of Holocaust Remembrance Day last week, a top Israeli general gave a Speech saying he saw "revolting trends" in today's Israel that he compared to Nazi-era Germany and Europe in the 1930s.

Wuhan Weather Report
Can CBD Be Used to Fight Coronavirus …
كيفية حذف المتابعين الوهميين
Seven journaling topics anyone can us…
Kiran SSC Math’s 8900+ Chapterwise PD…
No surprise - this has created a big stir in Israel, flaring again on Sunday.
In his address, Major General Yair Golan, deputy chief of staff of the Israel Defense Forces, essentially the No.2 man in the army, warned his fellow citizens, "There is nothing easier than to hate those who are different; there is nothing easier than to sow fear and terror; there is nothing easier than to behave like animals."
His speech comes amid revelations that an Israeli soldier shot and killed a wounded Palestinian attacker in the head, an act that human rights activists called a street execution and that Israeli military prosecutors called manslaughter.
The general's speech may have sparked reflection in some sectors, but mostly it inspired criticism - and calls for his head.Many Israelis, however, called the soldier a hero. After Sgt. Elor Azaria was charged, thousands of Israelis rallied at Rabin Square in Tel Aviv to praise his actions and demand he be released. Some of the crowd shouted, "Death to Arabs!" and harassed journalists.
On Sunday, Prime Minister Benjamin Netanyahu weighed in, denouncing the speech as "outrageous" and "unfounded." Netanyahu said the general "cheapened" the Holocaust, during which six million European Jews were slaughtered by the Germans and their abettors.
Israel's culture and sports minister, Miri Regev, said Golan should resign. "It cannot be that the deputy chief of staff, a uniform-wearing officer, be a part of the delegitimisation against Israel," Regev said, according to Israeli media accounts.
What did the general actually say?
Speaking at a ceremony at the Massuah Institute for Holocaust Studies, Golan said:
[The Holocaust] must make us think deeply about the responsibility of leadership, the quality of society, and it must lead us to fundamental thinking about how we, here and now, treat the stranger, the orphan and the widow, and all who are like them. 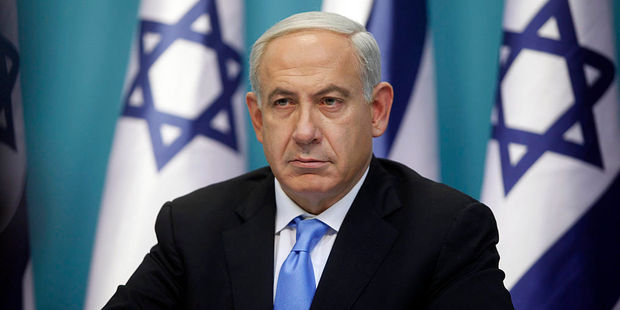 Prime Minister Benjamin Netanyahu denounced the speech as "outrageous" and "unfounded". Photo / Getty
The Haaretz columnist Chemi Shalev wrote of the general, "It's hard for me to tell whether he's brave or stupid or possibly both."
Shalev wrote:
"Golan's foolhardiness has become obvious since his bracing Holocaust Day speech on Wednesday at Kibbutz Tel Yitzhak, in which he refrained from casting Israeli society as an eternal victim but warned against the increasing intolerance that could turn it into a potential perpetrator as well. I am assuming that Golan knew that his words would be made public, that he was cognisant of the tremors of shock they would send throughout Israel and parts of the Jewish world, especially on such a sensitive day, and that he was fully aware that within the space of a few hours he would become public enemy No. 1 for Israeli right wingers and self-styled Jewish patriots abroad. If he didn't know, he's an idiot, if he did and went ahead nonetheless then he's a fool, career-wise at least, but more of a hero as well."
This is not the first time in recent months that Israeli military brass have found themselves criticised by Israel's hard right.
The military's chief of staff, Gadi Eisenkot, was castigated after he said, during a meeting with high school students, that he does not "want a soldier to empty a magazine on a girl with scissors," referring to soldiers who fire several bullets into Palestinian attackers, including teenagers.
Defense Minister Moshe Yaalon similarly was criticized by his right flank after he said those who back the soldier who shot the Palestinian in the head "don't back our laws and values".
The leader of Israel's opposition, Yitzhak Herzog, called Golan courageous.
Herzog wrote:
"The lunatics who will now start to scream against him need to know: This is what morality and responsibility sound like. We won't be fazed by the cries and the insults, and we will continue to support the IDF and its commanders. Always."
It is probably worth noting that the day after Golan gave his speech, he issued a statement in which he walked back his remarks, saying he had not meant to compare Israel to Nazi Germany, nor to criticize the current leadership, nor the Israel Defense Forces, "a moral army that respects the rules of engagement and protects human dignity."
Get more trending information on Jokpeme News - Europe,US,Middle East,UK,Asia,Africa, Latin America,Entertainment & World News