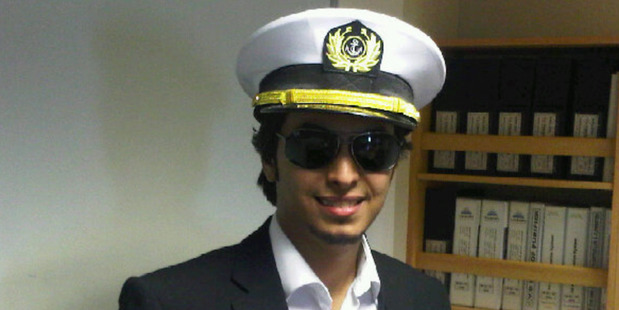 Ali Alosaimi has fled to Syria to join the Islamic State terror group. Photo / Supplied
• Ali Alosaimi's high-level skills and exhaustive knowledge of the nation's shipping fleet represented a terrifying security threat after he fled to Syria
• His personal details were found among a cache of IS documents
• They reveal that before leaving for Syria, Alosaimi lived in South Shields

Quick Tips To Talk Yourself Down From…
I was nervous about switching therapi…
Can CBD Be Used to Fight Coronavirus …
Q&A with Phil Yates: Shaping the Futu…
أعراض مرض كورونا وطرق علاجه
A Navy officer who trained at one of Britain's most prestigious maritime colleges has fled to Syria to join the Islamic State terror group.
Defence experts warned last night that 28-year-old Ali Alosaimi's high-level skills and exhaustive knowledge of the nation's Shipping Fleet Represented a terrifying security threat.
Having already targeted passenger jets, there has long been concern that militants will try to bring terror to the seas by attacking ships and ferries.
"Someone with his knowledge opens up a whole new area where terrorism can take place.""This suddenly raises the spectre of IS damaging shipping," said former Royal Navy chief Admiral Lord West.
Kuwaiti-born Alosaimi's personal details were found among a cache of IS documents leaked to The Mail on Sunday. They reveal that before leaving for Syria, Alosaimi lived in South Shields, Tyne and Wear, where he enrolled on a three-year Merchant Navy Officer course in 2011. He had previously worked for a state-owned oil tanker company in Kuwait. 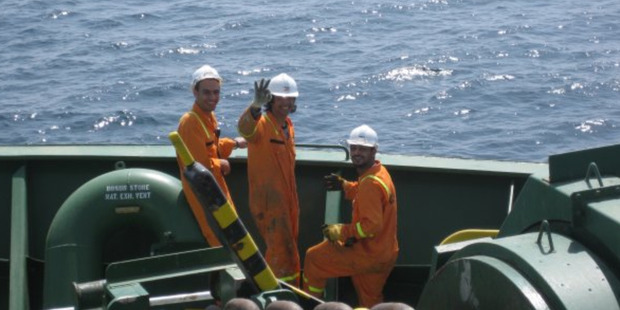 UK Defence experts warned 28-year-old Ali Alosaimi's (centre) high-level skills and exhaustive knowledge of the nation's shipping fleet represented a terrifying security threat. Photo / Supplied
If he had pursued his naval career after gaining a Higher National Diploma in nautical science, he could have had access to vessels under charter to the Ministry of Defence. These are used to transport military supplies and other cargoes vital to national security.
Alosaimi studied at South Tyneside College's Marine School, sharing a flat nearby with a Kuwati friend.
The college declined to comment last night, but part of his course, specifically for deck officers, involved serving on a ship, and he acquired an extensive insight into the UK's maritime capability that would be invaluable to his future IS commanders.
Deck officers are responsible for the safety of the vessel, planning the ship's passage, loading and discharging cargo, and all communications.
Gavin Simmonds, director of security at the UK Chamber of Shipping, said: 'An individual with three years' experience in this area with the Merchant Navy would be of use to a terror organisation intent upon targeting shipping. The idea of an insider with such knowledge joining the crew of, say, an oil tanker is unnerving.
"There is a significant environmental risk should there be such a spectacular attempt by terrorists, and this is profoundly worrying. However, we must balance concerns against the ability of an individual to cause such an incident."
Lord West added: "I think the most danger is posed by IS acquiring a Liquid Natural Gas container. These are highly flammable and could cause a very large explosion. Britain and the US have been worried about this for some time."
The Merchant Navy, which now comprises about 1,500 vessels and 30,000 seamen, performed a key role during the Second World War and Falklands conflict.
While in the UK, Alosaimi posted nearly 100 pictures of himself on Facebook, where he called himself 'Captain Take Care'. In one selfie, he wears dark aviator sunglasses, aping Tom Cruise from the 1986 film Top Gun. In another, posted in 2010, he wears a navy-style cap and writes: "I took my place among my crew to sail the seas as a capitano".
Last night, Alosaimi's former housemate in South Shields said that he was radicalised by watching videos of killings in Syria committed by President Bashar Assad's troops. The friend, who does not want to be identified, said: 'He went to Syria because he was angry about Assad. All Muslims are angry, but Ali acted on it. In this day and age, you don't need people to radicalise you. The internet is enough.'
He added that Alosaimi finished his HND course, but was two exams away from obtaining his marine licence, which would have allowed him to captain any ship.
Alosaimi's family in Kuwait said he became radicalised in the final year of his course. He grew a beard and began preaching to teenage relatives, urging them to join IS. Until then, they insisted, he was a typical student who "danced, smoked and had girlfriends". 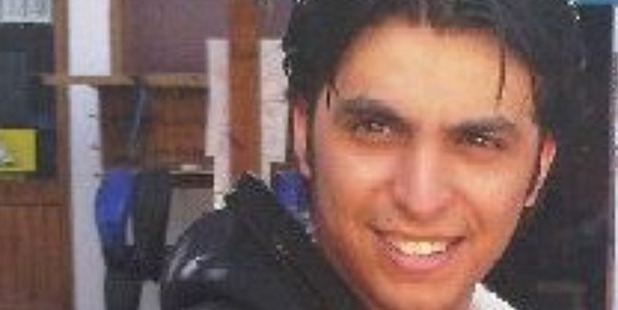 Photo / Facebook
According to his uncle, it was the death of Alosaimi's younger brother, Abdullah, killed while fighting with fanatics in Syria aged 19, that was the turning point. The uncle, also called Ali, said: "He seemed a changed man after his brother's death.
"He grew a beard and did not talk to anyone like he used to. He used to call his family every fortnight but he visited at the end of 2013 and that was the last we heard from him."
He said Ali had been preparing for his final exams and was primed for a career with the Kuwait National Petroleum Company after he graduated. When he disappeared, the family contacted the company, which confirmed he passed his exams but never took up his post.
Instead, the family received an encrypted Whatsapp message in Arabic seven months later.
Mr Alosaimi said: "The message said he was in Syria with IS and he was going to go to heaven. We do not know if he is dead or alive.
"His father does not have a clue what has happened to him and we are not telling him much because he cannot handle the shock.
"He knows about the message but he still hopes he will come back. We have no way of finding him or knowing if he is dead or alive. We told the Government as soon as we got the message but what can they do?"
Alosaimi received thousands of pounds funding for his course from the Kuwaiti government. His details were found among 40 application forms from would-be IS fighters given to The Mail on Sunday by a source in Turkey, who has close contacts with the terror group. All are either British nationals or young men who have lived in Britain.
The documents are produced by the group's so-called 'General Department of Borders' and show Alosaimi joined IS in April 2014.
Next to 'educational achievements', Alosaimi says he was a 'navy officer in Britain.' And against 'profession' before entering Syria, he states: 'Employee in the navy'.
Get more trending information on Jokpeme News - Europe,US,Middle East,UK,Asia,Africa, Latin America,Entertainment & World News