Kiwis among tourists forced to jump from burning ship in Vietnam 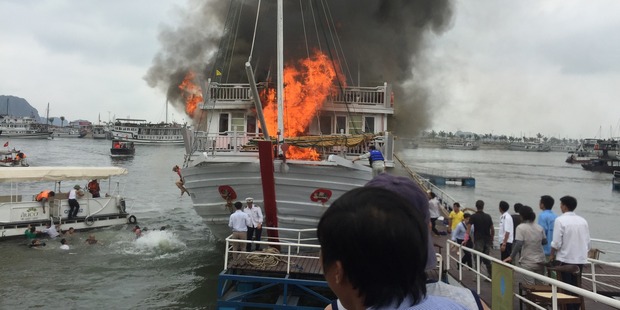 Tourists, including a number of Kiwis, were forced to jump off a burning wooden Ship docked in a popular bay in northern Vietnam.
On Friday the Aphrodite Cruise ship, carrying 37 tourists from at least seven different countries including New Zealand, caught fire while docked in Ha Long Bay.

7 reasons I’m tired of being tired
أجمل اماكن سياحية في تركيا
Signs That You’re In A Healthy Love R…
How To Find Your Purpose And Passion …
3 Terrible Reasons To Ditch Your Sobr…
Many of those on board were forced to jump over the side to escape, as the Wooden Ship was quickly engulfed in flames, and were plucked from the water into other boats in the harbour.
An Australian on board told the Herald he was one of those that had leapt into the water.
"I climbed over the front balcony down two decks by just dropping and hoping for the best," he said.
The tourist had also snapped a photo of a woman in a pink shirt he believed was a New Zealander jumping off the ship into the water, where her partner already was.
He said there were only two Kiwis on the cruise with him and believed they were both okay. 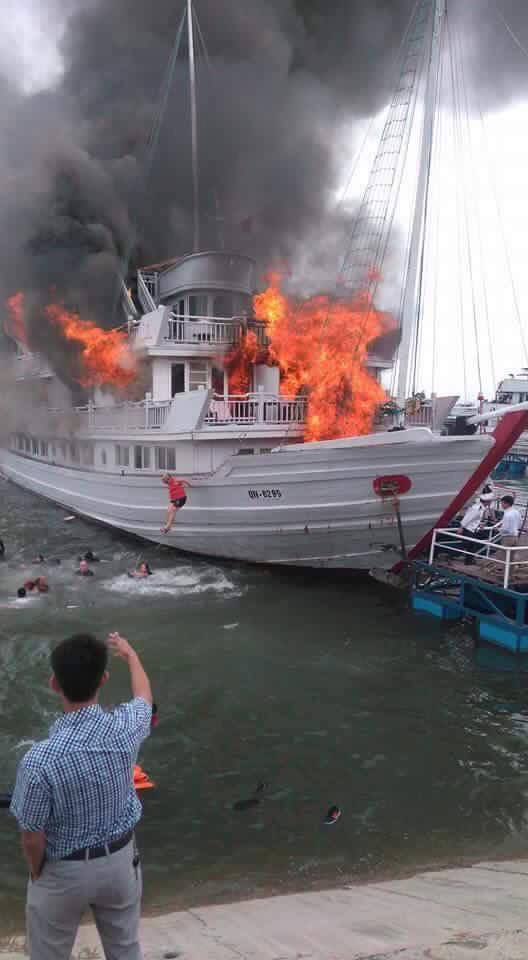 A video online shows smoke pouring out of the wooden ship's upper decks.
The company has responded to the incident on its Facebook page where it said it was "deeply saddened" to report the news of the fire.
It said three guests had suffered minor injuries and were treated at a local hospital, while the remainder were taken safely to Hanoi.
Aphrodite Cruises said an investigation into the fire, which started in the kitchen, was underway.
"The cause of the accident is unknown at this time and further details will be provided as they become available."
Get more trending information on Jokpeme News - Europe,US,Middle East,UK,Asia,Africa, Latin America,Entertainment & World News

Kiwis among tourists forced to jump from burning ship in Vietnam