A Syrian rebel's slaying in Turkey points to the long, lethal reach of Isis 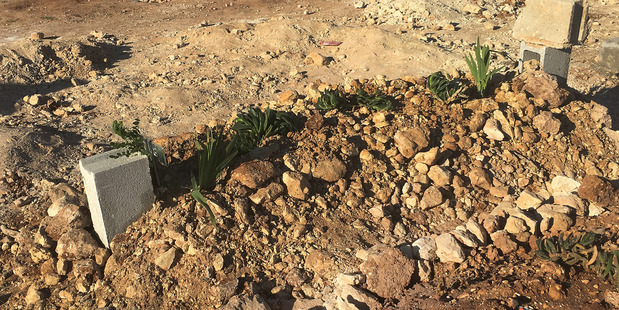 The grave of Zaher al-Shurqat, a Syrian rebel who was assassinated by an apparent Isis militant in southern Turkey. Photos / Washington Post
On a drizzly afternoon this month, they gathered in the tree-lined cemetery in Nizip, Turkey, to bid farewell to a charismatic rebel and outspoken enemy of Isis.

10 Best Restaurants in St. Augustine
RAPSEASON & MODO LIVE PRESENT: LUCKI …
Tree Removal vs. Tree Pruning: How To…
Pumpkin Cinnamon Roll Turkeys
How to Lose Belly Fat In a Week: 10 E…
The mourners wept as they hoisted his coffin, draped in the three-star flag of Syria's opposition. They proudly recalled his valour in battles against government forces and his defiance of the religious extremists who have tried to overtake their rebellion.
But the way that Zaher al-Shurqat's life ended filled those at his funeral with dread.
An apparent Isis (Islamic State) militant followed the 36-year-old into an alley in the Turkish city of Gaziantep and fired a round into his head.
He was the fourth prominent Syrian critic of Isis to be assassinated in the past six months in Southern Turkey, far beyond the militants' stronghold in Syria.
After rising to prominence as leader of a rebel brigade and then as a television host, Shurqat eventually fled to southern Turkey for safety. But even in exile, he couldn't escape his radical Islamist foes back home."We're not safe here in Turkey. Isis is watching us," said a 24-year-old former rebel who attended the funeral in Nizip, a town about 50km east of Gaziantep. As do many fellow Syrians who have taken refuge in the area, the man spoke on the condition of anonymity for fear of the militant group.
Isis asserted responsibility for his killing, an attack that further demonstrates how the group can still strike beyond its centre of gravity despite suffering mounting losses on the battlefields of Iraq and Syria. Its fighters carried out attacks that rocked Paris, Brussels and Beirut. In Turkey, the group's multiple suicide bombings over the past year have killed dozens.
But Isis appears to be waging a different kind of campaign against the Syrian journalists, activists and former rebels who spend their time in exile in southern Turkey working to expose the group's atrocities. Many suspect it of running a network of informants and assassins who monitor opponents and then behead them at their homes or gun them down in alleys.
Over the past year, Turkish authorities have clamped down on the once-porous, 800km-long border with Syria in an attempt to halt the flow of militants. But concerns have grown that the group operates among the more than two million Syrians who have taken refuge in Turkey, as well as among Turkish citizens.
"They have really been trying to intimidate us in Turkey," said Hussam Eesa, 27, an activist from the Syrian monitoring group Raqqa Is Being Slaughtered Silently who recently left Turkey for Germany.
In an especially gruesome killing last October, an Isis member shot dead two activists at their apartment in the city of Sanliurfa and then decapitated them. One of the victims, Ibrahim Abdul Qader, worked with Eesa at Raqqa Is Being Slaughtered Silently, which has won accolades for taking extreme risks to document Isis' atrocities.
Many of the group's activists have based themselves in Turkey, but the country has become so dangerous that a number of them have moved to Europe.
"They knew where we lived in Turkey, where we worked. They even went after my friends in Raqqa," said Eesa, who relocated to Germany because of the threats.
In the seven months that he lived in Turkey, Shurqat received a steady stream of menacing phone calls and text messages, his family and friends said. Some of the threats came from Syria's Government, they said, and many more came from Isis.
In December, a Syrian journalist and friend of Shurqat, Naji Jerf, was shot dead in downtown Gaziantep by an assailant who used a silenced pistol. Jerf had produced a documentary detailing Isis' systematic killing of anti-government activists in the northern city of Aleppo. Isis is suspected of killing Jerf. 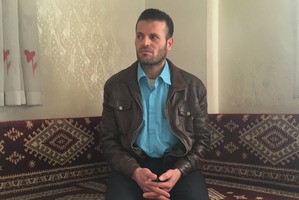 Anas al-Shurqat receives guests at the funeral of his brother, Zaher al-Shurqat, in Nizip, Turkey.
But Shurqat refused to stop speaking out against the group's radical interpretations of Islam and attacks on moderate rebel forces, said Barry Abdullatif, an opposition activist who grew up with Shurqat in al-Bab, a town in northern Syria.
"To say that he was brave is an understatement. You have to be kind of crazy to do what he did," said Abdullatif, who also relocated to Turkey.
Over the past two years, Shurqat hosted shows on the pro-opposition Aleppo Today television channel that regularly featured guests who accused Isis of undermining the now five-year-old rebellion against Syrian President Bashar al-Assad.
On a programme that aired a few days before his slaying, Shurqat interviewed a rebel leader who described the Assad Government as the "biggest patron" of the militant group. He cited its release of radical Islamists from its jails, among other calculated efforts to empower extremists against rebel forces.
Appearing in a dinner jacket, a bespectacled Shurqat would often use the airtime to pick apart Isis' religious justifications for its brutality. An important weapon in his theological critiques was his degree from the University of Damascus in Islamic studies and his adherence to Sufism, a mystical form of Islam that is known for espousing tolerance.
"Isis feared him because he showed how their practices are not Islamic. They're just violent animals," said Shurqat's twin brother, Anas.
Shurqat's dispute with Isis started years before, in al-Bab, where he founded a rebel outfit during the early phases of the Syrian uprising. Initially battling with hunting rifles, his brigade drove government forces out of al-Bab and then joined other rebel groups in assaulting the nearby city of Aleppo.
In late 2013, as Isis militants grew in power, Shurqat's fighters began battling the group. He even forced a now-famous standoff with the group over control of al-Bab's main mosque, which resulted in the town's residents siding overwhelmingly with him.
But the moderate rebels of al-Bab were outmatched by Isis' superior firepower and sheer ruthlessness.
The group drove them out of the town, and Shurqat relocated to the rebel-held areas of Aleppo. There, friends and family said, he faced attempted assassinations and kidnappings, which eventually convinced him to relocate last year to Gaziantep.
On April 11, Shurqat had just escorted his pregnant wife to a tram station in Gaziantep's downtown when his killer struck. CCTV footage shows the killer walking up behind Shurqat, pulling out a firearm and then running off after the assassination.
Shurqat is buried in a rocky grave with a cinder-block headstone in Nizip, where members of his family live. Even amid the palpable fear of Isis' intensified efforts to silence critics, hundreds turned out on that rainy afternoon to thank the man who refused to be cowed.
"Of course we are sad today, but what has happened is the will of God," said Muntasir Abu Talib, 28, Shurqat's brother-in-law. "And all I can do is thank God for what he did for us."
Get more trending information on Jokpeme News - Europe,US,Middle East,UK,Asia,Africa, Latin America,Entertainment & World News

A Syrian rebel's slaying in Turkey points to the long, lethal reach of Isis