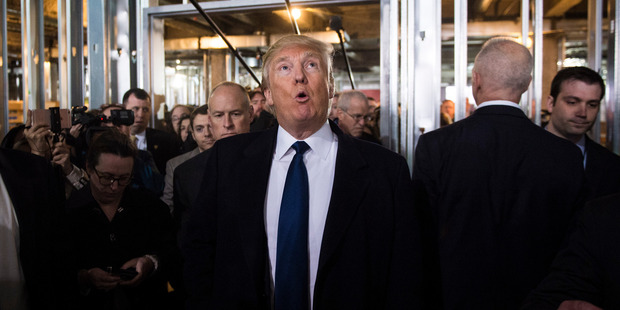 A nasty feud that escalated between Donald Trump and Ted Cruz. Photo / Jabin Botsford, Washington Post
A nasty feud that escalated Thursday between Donald Trump and his chief Republican rival over their wives set off a new wave of alarm among establishment Republicans, who fear the GOP front-runner would drive away female voters in a general-election fight with likely Democratic nominee Hillary Clinton.