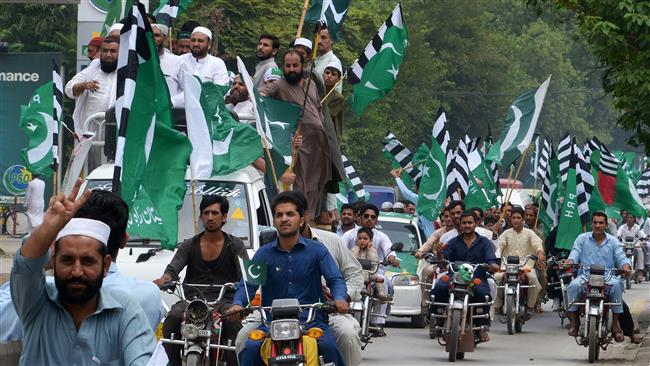 Pakistan has celebrated the 70th anniversary of Independence from British rule with festivities and fireworks all across the country, at a time of political upheaval following the ouster of Nawaz Sharif as prime minister over corruption allegations. 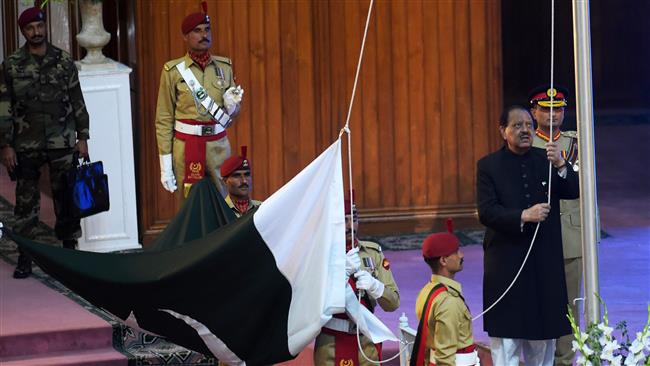 Pakistan's President Mamnoon Hussain (R) hoists national flag during a ceremony to mark the country's Independence Day in Islamabad on August 14, 2017. (Photo by AFP)
In an address during the ceremony, the Pakistani president called on the public to uphold the values of determination and work for Pakistan’s development and welfare.
“Let us join hands for development and prosperity of the motherland by keeping aside our differences. Let us promote love and harmony by overcoming hatred and misgivings and secure the future of our nation by turning despondency into hope in order to celebrate freedom in its true sense,” Hussain said.
"Solutions to all the problems of this time persist in our ideologies, thoughts of leaders of our freedom movement and our bright history," he noted. "By following them we can improve our situation today and our future as well."
Islamabad was also the scene of aerobatic maneuvers, with the sky streaked with multicolored smoke as the air force put on Pakistan's largest air show to date. 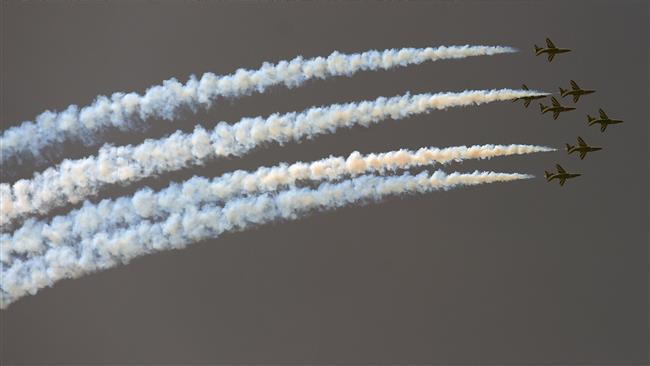 An aerobatic team performs during celebrations to mark Pakistan's Independence Day in Islamabad on August 14, 2017. (Photo by AFP)
All major public and private buildings, roads and avenues in Lahore, Peshawar, Quetta and Karachi were decorated with illuminations, national flags, and banners.
A guard-changing ceremony was also held in Karachi at the mausoleum of Pakistan's Founder, Mohammad Ali Jinnah.
Pakistan’s Independence Day commemorates the day when Pakistan was declared a sovereign nation after the Partition of British India on August 15, 1947. 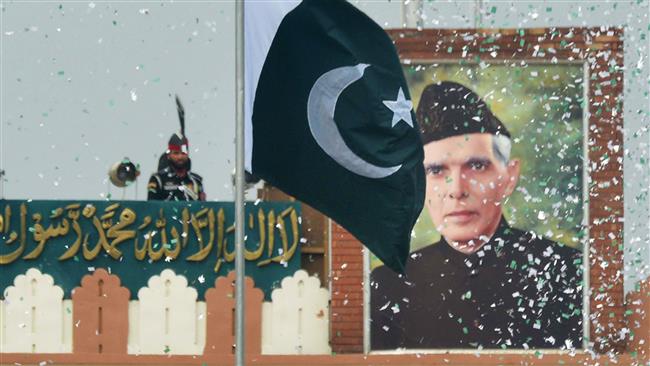 The portrait of Muhammad Ali Jinnah is seen at at the India-Pakistan Wagah border post as the Pakistani national flag is unfurled during a ceremony to celebrate Pakistan's Independence Day on August 14, 2017. (photo by AFP)
The celebrations were held as Pakistan's Supreme Court ousted Sharif on July 28 after an investigation into corruption allegations against him and his family, bringing his historic third term in power to an unceremonious end. He served three separate stints as premier but never completed a full term in office.
The court ruling against Sharif was apparently based on leaked documents — the so-called Panama Papers — that unveiled the Sharif family’s offshore finances.
Get more trending information on Jokpeme News - Europe,US,Middle East,UK,Asia,Africa, Latin America,Entertainment & World News