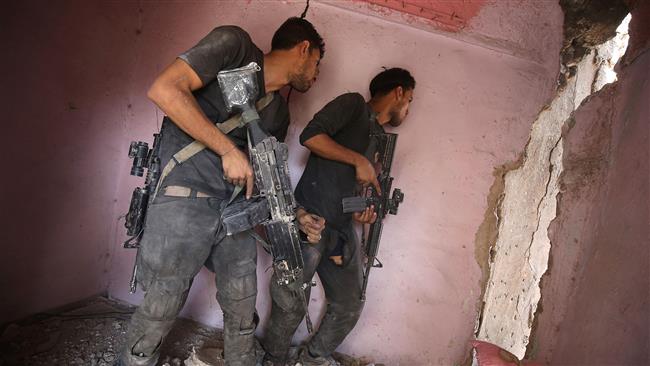 Members of the Iraqi Counter-Terrorism Service (CTS) advance in the Old City of Mosul on July 6, 2017, during the Iraqi government forces' ongoing offensive to retake the city from Takfiri Daesh terrorists. (Photo by AFP)

Flying Carpenter Ants!
Top 10 Best Sites Like GoStream To Wa…
Top 8 Primewire Alternatives To Watch…
The EIGHTH issue #2 Review I More act…
Learn About Juneteenth
The militant commander ranked second in the Takfiri Daesh terrorist group has reportedly been killed during fierce street battles with Iraqi Government Forces in the Old City of Mosul as Daesh is practically on its last breath in Iraq.
Security sources, speaking on condition of anonymity, told Arabic-language al-Forat news agency that the top-ranked extremist, identified by the nom de guerre Abu Yahya Iraqi, was the deputy of purported Daesh leader Ibrahim al-Samarrai aka Abu Bakr al-Baghdadi.
Meanwhile, a top Daesh commander, known as Abu Nasser al-Shami, has been killed in the cellar district of Mosul’s Old City.
Commander of Federal Police Forces Lieutenant General Raed Shaker Jawdat also said in a statement on Friday that security personnel had killed 83 Daesh Takfiris in the Old City of Mosul.
He added that police forces have destroyed three militant hideouts, and discovered a bomb-making factory in addition to an underground tunnel and several munitions.
The Iraqi police chief underlined that government forces had evacuated 30 displaced families from combat zones in Mosul to safe areas. 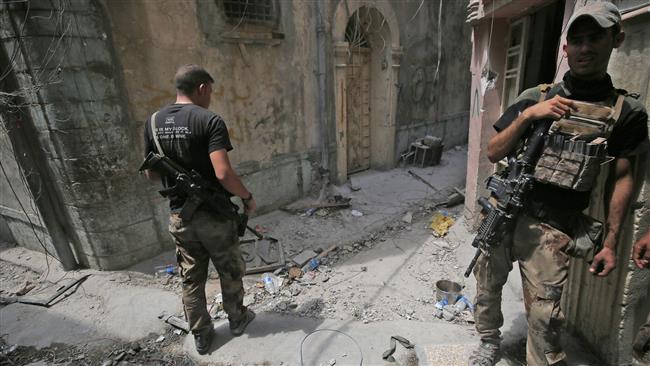 Members of the Iraqi Counter-Terrorism Service (CTS) advance through Mosul's Old City on July 6, 2017, during the offensive to retake the city from Takfiri Daesh terrorists. (Photo by AFP)
Iraqi army soldiers and volunteer fighters from the Popular Mobilization Units, commonly known by their Arabic name, Hashd al-Sha’abi, have made sweeping gains against Daesh since launching the Mosul operation on October 17, 2016.
The Iraqi forces took control of eastern Mosul in January after 100 days of fighting, and launched the battle in the west on February 19.
An estimated 862,000 people have been displaced from Mosul ever since the battle to retake the city began nine months ago. A total of 195,000 civilians have also returned, mainly to the liberated areas of eastern Mosul.
Daesh kills two Iraqi TV journalists south of Mosul
Separately, two Iraqi journalists working for the Arabic-language and privately owned Hona Salaheddin television network have been killed by Daesh extremists in a village south of Mosul. 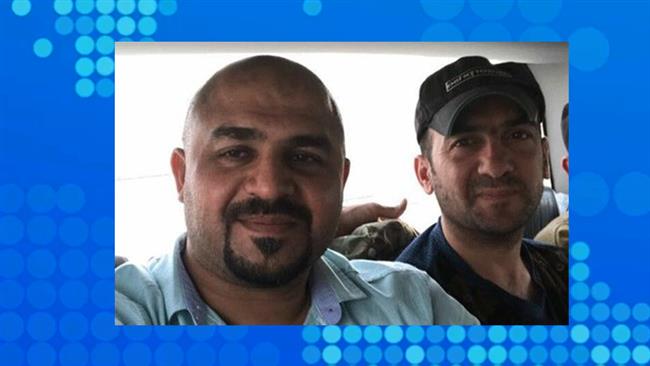 The channel announced in a statement that its correspondent Harb Hazaa al-Dulaimi and cameraman Sudad al-Duri (shown in the picture above) had been killed on the outskirts of the village of Imam al-Gharbi.
It added that another journalist has sustained gunshot wounds and trapped in the village with the bodies of the two slain colleagues.
Interior ministry spokesman Brigadier General Saad Maan said security forces are some two houses away from those trapped inside a house in Imam Gharbi, but Daesh snipers have slowed down the progress of government troops.
Get more trending information on Jokpeme News - Europe,US,Middle East,UK,Asia,Africa, Latin America,Entertainment & World News