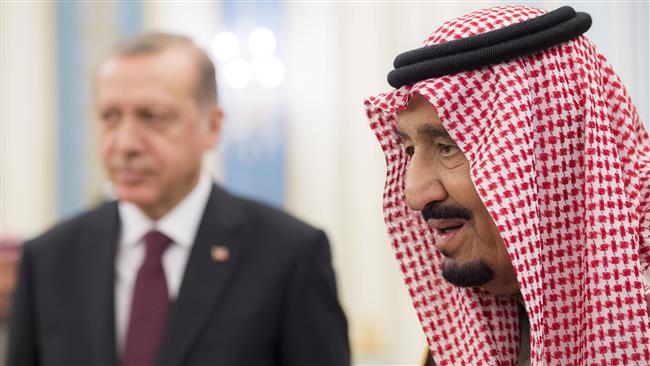 Holcim Philippines shares contributio…
Self Motivation: How to Keep Moving F…
Saudi Arabia, on Ankara's request, has extradited 16 Turkish nationals, who allegedly had links to an outlawed organization run by US-based cleric Fethullah Gulen.
According to Turkey's state-run Anadolu news agency, the nationals were detained by the Ankara police department's counter-terrorism units upon arrival in the Turkish capital on Saturday, a few hours after Saudi authorities deported them to the Anatolian country on an aircraft.
Anadolu, citing unnamed Turkish sources, said the detainees had allegedly been organizing Hajj pilgrimage events in Saudi Arabia and had been transferring the income to Gulen's movement, branded by the Turkish government as the "Fethullah Terrorist Organization (FETO)."
Ankara accuses Gulen, an opposition figure, of orchestrating and masterminding the mid-July 2016 failed coup. He is also accused of being behind a long-running campaign to topple the government via infiltrating the country’s institutions, particularly the army, police and the judiciary. Gulen, however, has denied the accusations that he had a role in the abortive coup.
Since the attempted putsch Ankara has arrested some 40,000 people and sacked or suspended 120,000 others from a wide range of professions, including soldiers, police, teachers, and public servants, over alleged links with Gulen and his large movement. 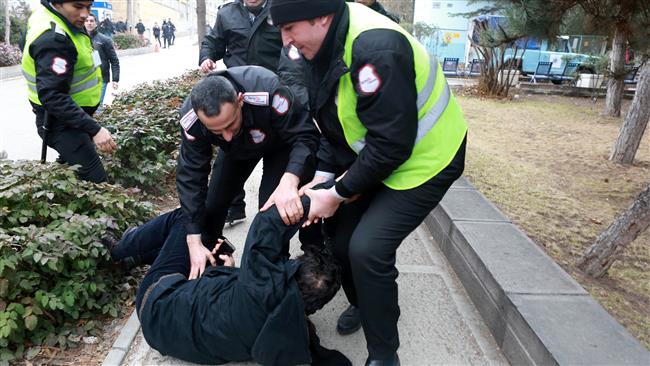 Turkish riot police detain a demonstrator during a protest outside a university campus in Ankara on February 10, 2017, against the dismissal of academics from universities following a post-coup emergency decree. (Photo by AFP)
On April 17, Turkey’s cabinet extended a post-coup state of emergency in the country for another three months, the third such measure since the failed putsch.
Meanwhile, Turkey’s highest judicial regulatory body issued warrants for the arrest of 17 judges and six prosecutors over "membership in an armed terror organization," apparently FETO. The suspects were among 107 judges and prosecutors, who were dismissed from public service on Friday as part of an ongoing probe into Gulen's banned movement.
Anadolu also reported that Turkey's Justice Minister Bekir Bozdag would on Monday meet US Attorney General Jeff Sessions to discuss Ankara's request for the extradition and provisional arrest of Gulen. It added that Bozdag, in his visit to Washington, would share new evidence with his American counterpart on Gulen's case. Turkish President Recep Tayyip Erdogan is also due to visit the United States on May 15-17.
Turkey has on several occasions threatened that it would reconsider its ties with the United States if Washington fails to hand over Gulen. The White House has so far refused to extradite him, citing a lack of substantial evidence by Turkish authorities against him.
The international community and human rights groups have been highly critical of the Turkish president over the massive dismissals and the post-coup crackdown.
Get more trending information on Jokpeme News - Europe,US,Middle East,UK,Asia,Africa, Latin America,Entertainment & World News