Ironic arch from Game of Thrones falls into sea 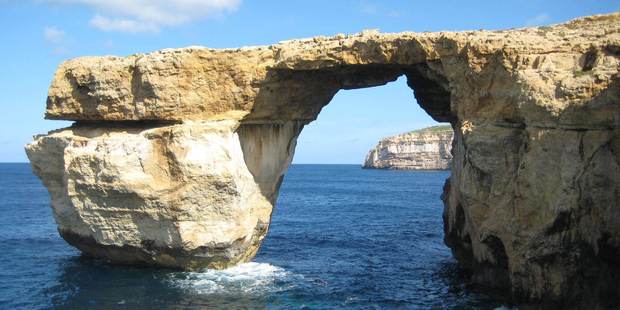 The landmark Azure Window located just off Malta. The natural rock arch jutting off the Maltese island of Gozo, has collapsed. Photos / AP

How to Prepare Exams with Practice Te…
Masks Off for TheDonald.win
2 SpaceX Starships to be Tested at On…
#002 Trades opened today
Discover the Best Things to do in Por…
Malta's world-renowned Azure Window has collapsed after heavy storms.
Tieqa tad-Dwejra, as it is known in Malta, was lost to the sea this morning, according to the Maltese Prime Minister, Joseph Muscat, who tweeted the news today.
"Heartbreaking," he said.
The limestone Arch near Dwejra Bay on Gozo, an island in the Maltese archipelago, is one of the most recognisable locations in Europe, having featured in the HBO television series Games of Thrones and been notorious as a cliff-jumping location.
Images taken from the coast today show not only that the arch has given way, but also the stacks either side of it.
"Reports commissioned over the years indicated that this landmark would be hard hit by unavoidable natural corrosion. That sad day arrived," said Muscat.
"There was a big raging sea beneath the window," he said.Roger Chessel, a resident of Xaghra on Gozo, told the Times of Malta he was at the Azure Window when it collapsed.
"Suddenly, the arch collapsed into the sea with a loud whoomph, throwing up huge spray. By the time the spray had faded, the stack had gone too."
The country's opposition leader, Simon Busuttil, also took to Twitter: "This is a sad day for Malta. We have just lost an icon of our country's natural beauty."
News of the collapse brought hundreds of the island's residents to the coast to pay their respects, the newspaper said. People also took to social media to remember the arch.
The Azure Window has long been a popular sight for tourists, who were able to take a boat tour that followed the cliffs before spying the grand arch.
In 2013, a geological study found that while erosion was inevitable, there was no imminent danger of the structure collapsing.
Last year, the government made walking across the bridge an offence punishable by a fine of €1500. 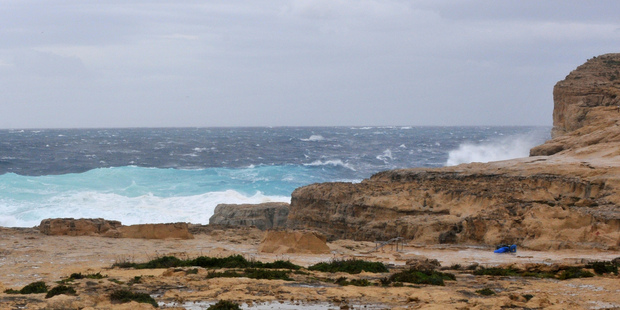 The part of coast where the Azure Window once stood, after it collapsed in a storm.
Get more trending information on Jokpeme News - Europe,US,Middle East,UK,Asia,Africa, Latin America,Entertainment & World News

Ironic arch from Game of Thrones falls into sea