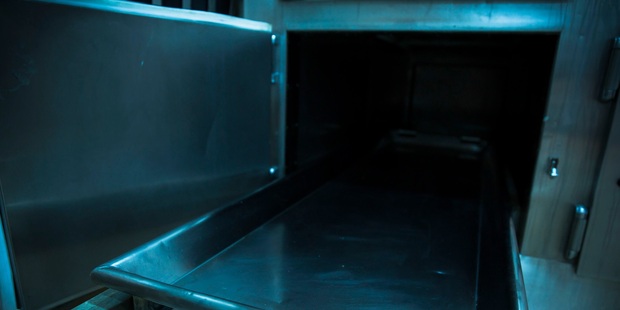 Not many people can say they have had a career surrounded by death. Photo / 123RF
Murders, suicides, traumatic accidents became part of his everyday life during his 20 years at Sydney's Morgue at Glebe where he was on the frontline for everything from autopsies to crime scenes to painful goodbyes.

First Night of the Seven (7) Nights o…
The Benefits of a Plant-Based Diet fo…
GALA DALI – THE MUSE OF THE SURREALIS…
10 Reasons You Need Life Insurance
What is accidental life insurance
"I fell into it by accident, I never had any burning ambition to work in a morgue at all," Mr Merrick told news.com.au.
He had been working in Kings Cross at homeless shelters and got close to some of the them, who later became unwell and died. He then went on to working in a hospice before agreeing to a call out of the blue inviting him to a three-month stint at the morgue.
"I gave it a shot and stayed 20 years."
He has written a book, True Stories from the Morgue, about his time as forensic counsellor there - mutilated bodies and all - but it was the stories behind the horror and gore that most captivated him.
"Normally [in movies] you hear about the murder and the focus on the offender or the bodies themselves - this goes behind the Death to the lives of others [left behind]. It's not a book about death per se, it's about life after death."
"I never thought I'd have a career in it. People say I have, but I just went to a job that I thought was a real challenge for me and where I helping them at time they were in a desperate stage - where they lost someone close to them suddenly and unexpectedly."
DEATH, MURDERS AND TERROR ATTACKS
One of the people he did support was the mother of Ebony Simpson, the young girl brutally murdered in 1992.
"I got close to the family and met [mother] Christine, I was very moved by Ebony's death. We've stayed in touch all these years and get together on the anniversary of her death and have a drink and a chat."
Ebony's "terrible" murder was one of a number of high profile cases that Mr Merrick came across in his time as a forensic counsellor.
"My role was to help families of those left behind after a sudden death. Husband, wives, sisters, brothers...Even witnesses who have seen something traumatic, like a suicide or a car crash."
He was heavily involved in the 2002 Bali bombings that killed so many young Australians."I was involved in the repatriation of people back to Australia. I met a lot of families at the airport and spent time with them. That was really moving because these were young people on holiday and then suddenly this terrible bomb goes off. So that was hard."
The worst deaths were those involving children whether it was a "murder or nasty accident".
"Many of us had kids so that always affected us deeply."
So too did jobs where he could relate in some way to the person who had died.
"Some of the deaths close to home that made you feel vulnerable." Things that could trigger those feelings were walking into the home of someone who had just died and seeing a similar music collection to his own, or seeing the pictures of their family members on the walls.
"Ultimately, the more we can relate to a case the worst it is. You think about your own family and what would happen [to them] if it was you."
Suicides were especially hard. "People feel rejected and then there is this sense of anger but also this sense of guilt, that they weren't there."
IN THE MORGUE
Watching family members say goodbye to their loved ones was tough but Mr Merrick liked to think he helped them in some way.
"Small things like by allowing them to say goodbye by holding their hand or stroking their hair."
It was observing intimate moments that convinced him what a privileged position he was in.
Sometimes he would encourage people to just spend time with the person they had lost. It was something he hoped they would come to appreciate later.
"Even if it was saying a little prayer or whispering something to them - whatever it might be, just to try and make it something, rather than just nothing."
For the vast majority of people he crossed paths with in the morgue, he never saw them again.
"I've got no idea how their lives turned out. Through the sheer number of them you just couldn't keep track of all of them."
COPING WITH ALL THAT DEATH
Does being surrounded by death and misery change you?
For Mr Merrick it didn't. But he does recall one time he thought he acted quite callously.
"I made a mistake with a particular case. I look back and really regret that it hurt someone. I deeply regret that. I did it inadvertently, but that really got to me."
For the most though he was able to switch off when he walked in the front door.
"I was lucky. I had a gorgeous wife who was very supportive. I guess it's really important for me to come home and hang out with the kids - when they're young , they don't care about what you do [for work].
"So you put on a dinosaur video or play with a Thomas the Tank Engine set or kick a ball around the park. It was very important to have a life outside that wasn't all about death and dying."
Get more trending information on Jokpeme News - Europe,US,Middle East,UK,Asia,Africa, Latin America,Entertainment & World News


This post first appeared on Alexa Nigerian News And General Viral World News & Entertainment - Europe,US,Middle East,UK,Asia,Africa,Latin America., please read the originial post: here
People also like
First Night of the Seven (7) Nights of Christmas and Carols COGOP SVG
The Benefits of a Plant-Based Diet for Fitness
GALA DALI – THE MUSE OF THE SURREALISTS
10 Reasons You Need Life Insurance
What is accidental life insurance
Fiction Series So Big, They Cross Multimedia Platforms: The Witcher Series by Karen Wiesner
DAVIDO: 3 YEARS OLD BOY IFEANYI, IS DEAD
5 Unusual Phenomena That Video Technology Has Given Us
Know 7 Most Translated Texts in the World- you’ll be Shocked
THE COME UP: An Oral History of the Rise of Hip-Hop by Jonathan Abrams - OUT NOW!