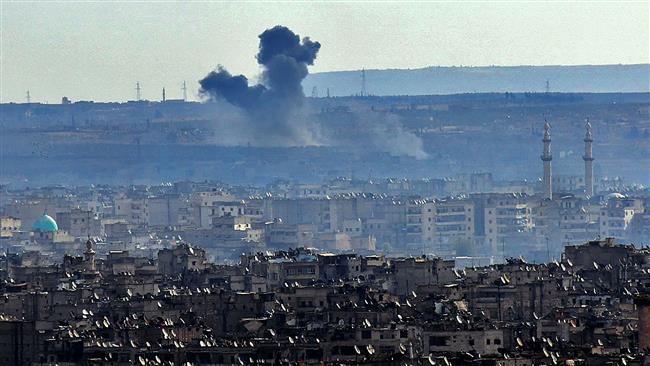 A general view taken from the government-held side of Aleppo shows smoke billowing from the southern suburbs during fighting between government forces and militants on December 3, 2016. (Photos by AFP)
Takfiri militant commanders in Syria’s divided city of Aleppo have vowed to never leave the city as Russia announces readiness for talks with the US over the terrorists’ withdrawal.
"I asked the factions, they said 'we will not surrender'," said Zakaria Malahifji, the political officer of the Turkey-backed Fastaqim group in Aleppo on Saturday.
"The military commanders in Aleppo said 'we will not leave the city. There is no problem with corridors for civilians to leave, but we will not leave the city'," he added.
Earlier in the day, Russian Foreign Minister Sergei Lavrov said Moscow was ready to enter talks with Washington over the militants’ withdrawal from Aleppo.
Aleppo, Syria’s second largest city, remains split between Government Forces in the west and foreign-backed terrorists in the east, making it a frontline battleground. 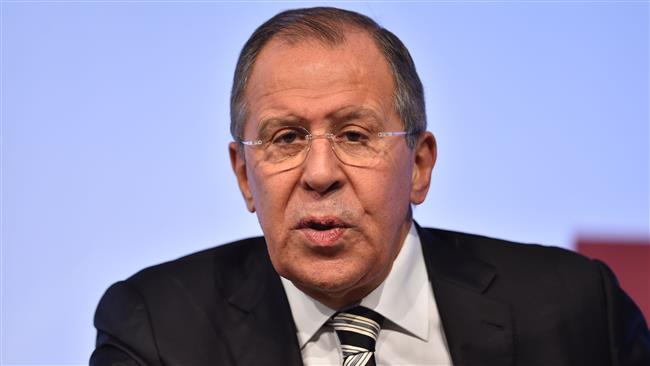 Russia's Foreign Affairs Minister Sergei Lavrov attends the Mediterranean Dialogues (MED), a three-day conference on security in the Mediterranean region, on December 2, 2016 in Rome.
“Moscow is ready to immediately send our military experts and diplomats to Geneva to work out joint actions with our US colleagues in line with the [new] American proposals, which would ensure the withdrawal of all militants without exception from eastern Aleppo, and would provide unimpeded humanitarian supplies to the city’s residents and ensure the establishment of normal life in eastern Aleppo,” he said.
Lavrov noted that Russia has made the decision after a meeting with US Secretary of State John Kerry in Rome, during which Kerry “passed on to us proposals from Washington that are in line with the suggestions from Russia’s experts.”
Meanwhile, the so-called Syrian Observatory for Human Rights announced that Syrian government forces are now in control of over 60 percent of the city’s militant-held eastern part.
The conflict in Syria, which flared up in March 2011, has claimed the lives of more than 400,000 people, according to an estimate by UN Special Envoy for Syria Staffan de Mistura.