Donald Trump offering special inauguration tickets of up to $1mn 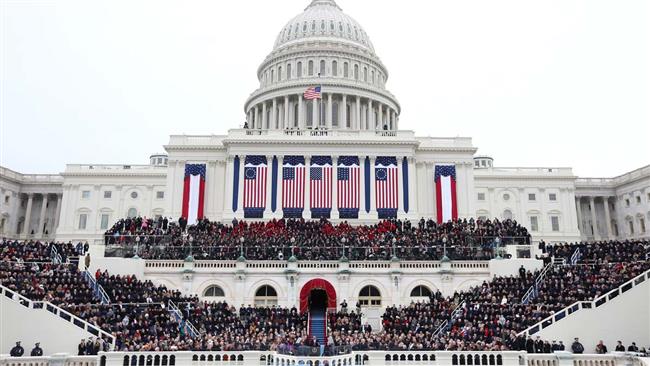 President Barack Obama addresses his supporters during the inaugural address for his second term in the White House, Washington, D.C, January 20, 2013. (Photo by AFP)
Donald Trump’s inauguration committee is offering a variety of expensive perks for donors who are seeking special access to the Republican president-elect and his administration officials during the inauguration ceremony, according to a new report.
With price tags ranging from $25,000 to $1 million, the special tickets are far out of reach for the kind of blue-collar voters who helped Trump win the November 8 election against his Democratic rival Hillary Clinton, Yahoo News reported Wednesday.
Donors who spend $25,000 on January 20, would get two tickets to the inaugural parade, an “entertainment-filled” Victory Reception, admission to the inaugural concert and fireworks show. The buyer could also take a friend to a black-tie ball.
For $100,000, you would receive four tickets to those events and two tickets for “an intimate policy discussion and dinner” with some of Trump’s cabinet appointees.
Shelling out $250,000 would get you all of the above, plus admission for two to the Ladies Luncheon which allows you to “meet the ladies of the first families.”
If you want all of those perks and admission for four people to the Candlelight Dinner with Trump and Vice President-elect Mike Pence, you would need a $500,000 ticket.
Those who give the inaugural committee $1 million or more, however, would get everything for up to eight people plus special access to Trump and his administration figures along with a chance to meet high-rolling lawmakers up close. 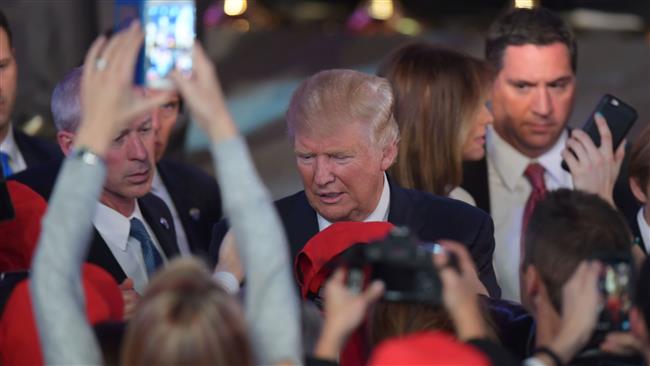 Republican President-elect Donald Trump (C) greets supporters during election night at the New York Hilton Midtown in New York,  November 9, 2016. (Photo by AFP)
Chaired by private equity investor and longtime Trump friend Thomas Barrett, the inauguration committee claimed the special access tickets were supposed to help cover the event’s $75 million bill.
The committee would accept donations from both individual and corporate donors, a move that is likely to draw fire from Trump’s supporters.
During the campaign, Trump repeatedly pledged to distance his administration from lobbyists and corporate interests. He also attacked the Clinton family for what he called “pay-for-play” power brokering.
In comparison, President Barack Obama only accepted individual donations for his inaugurations ceremony in 2008 and capped the amount at $50,000. Four years later, he removed most of the limitations and allowed corporate donors but still blocked money from lobbyists.

Donald Trump offering special inauguration tickets of up to $1mn